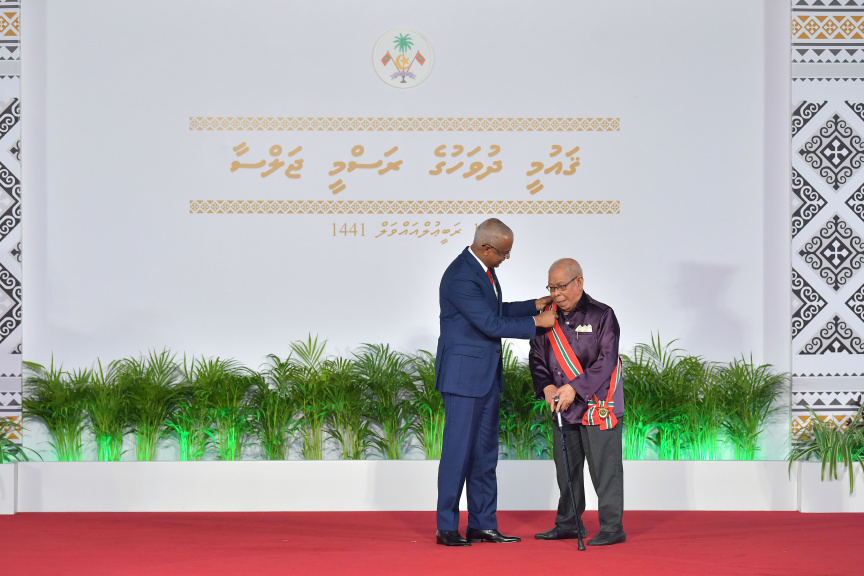 His family reports Soadhube, 86, has been ill for a week.

His son told Sun that Soadhube wasn’t hospitalized because he is seriously ill, but as a precautionary measure at his doctor’s recommendation.

“He was transferred there because the doctor advised it would be better than they begin treating him now, rather than have him hospitalized if his condition takes a sudden turn for the worse. He was having chest pain today. But, In Sha Allah, his oxygen level hasn’t dropped,” he said.

Soadhube’s family reports he has been fully vaccinated.

Soadhube developed his interest in literature and linguistics in childhood, having begun writing poems at the tender age of 8 years.

He began is service to the government on May 29, 1952 as a clerk at a printing press.

He continues to contribute his services as a consultant for the Dhivehi Bahuge Academy.

In addition to his contributions to the fields of literature, linguistics and education, he has also released numerous works of literature including stories, poems, lyrics, and Urdu to Dhivehi translations.

He has also published numerous literacy works on the usage guidelines of the Dhivehi Language, and is noted for his contributions in the field of historical research, teaching and tutoring.

He served the longest at the then Centre for Linguistic and Historical Research- where he has been in service of for the past 30 years.

He is also a recipient of the Diamond Pen of Honor in the field of journalism.