Bombing in Gaza disrupts distribution of aid from Maldivians 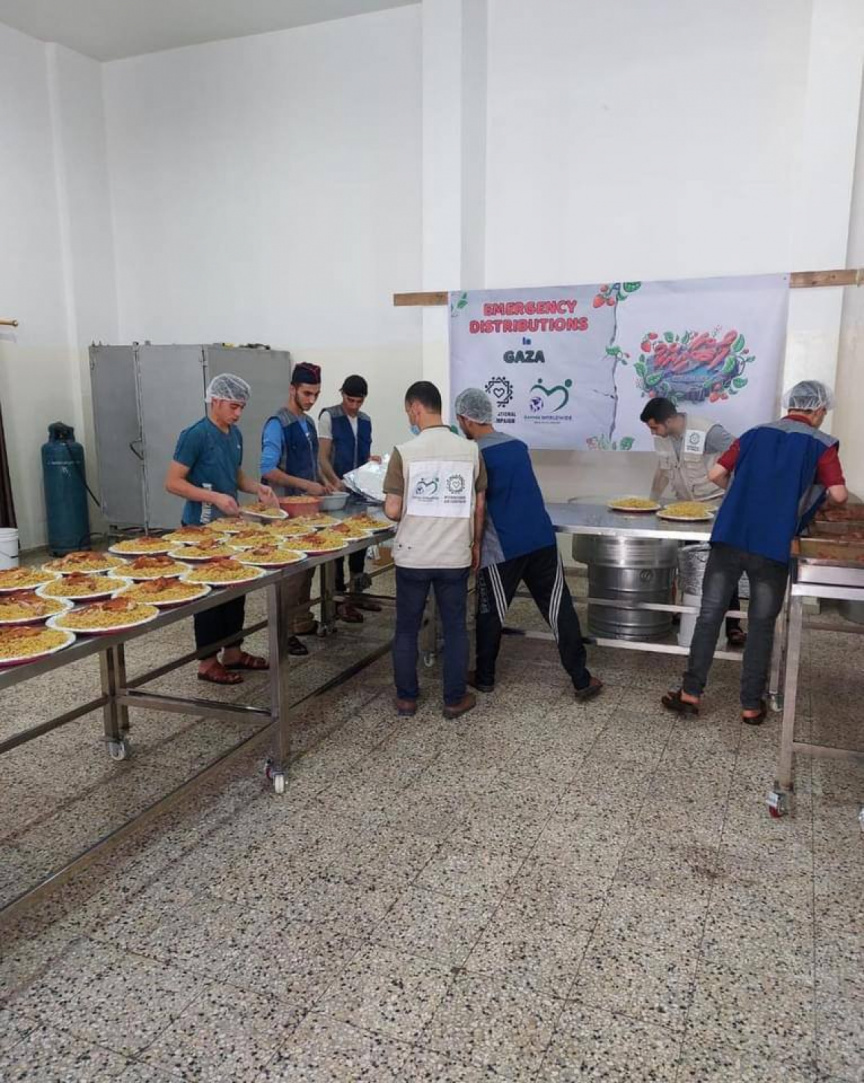 Teams from IAC Maldives pack food packages and hot meals for distribution to displaced Palestinians on May 15, 2021. (Photo/IAC Maldives)

An Israeli airstrike has hit a warehouse in Gaza close to where teams from International Aid Campaign (IAC) Maldives were packing food for distribution to displaced Palestinians on behalf of the Maldivian people.

The food was being prepared for distribution under IAC’s “Loaibbaa Eku 2021” campaign to provide emergency relief to Palestinians. The name of the campaign translated to “With Love 2021”.

IAC has aided multiple countries in 17 regions over the past four years. They have expanded their operation in Palestine to provide emergency relief in light of the escalating situation in the country.

Mohamed Ali said the airstrike hit a location near the warehouse as food packages and hot meals were being prepared for 200 Palestinian families from donations made by Maldivians.

The hot meals and food packages were scheduled for distribution to displaced hundreds of displaced families in northern Palestine. Mohamed Ali said that the families displaced due to the constant bombings in the region are currently living in schools.

“Schools are closed due to Covid, so they have taken shelter in schools. There is no way to cook and eat there,” he said.

Mohamed Ali said that some of the displaced are in a UN school. But the toilets in the school remain locked, increasing the suffering facing the displaced.

Teams of volunteers are now on their way to distribute the food packages and not meals, following the disruption due to the bombing.

Mohamed Ali said that the food packages will have enough food to last a month for each family. This includes 5 kilos of rice, 5 kilos of flour, 5 kilos of sugar, 3 liters of oil, tomatoes, tea, jam and other essentials.

Mohamed Ali said the situation in Gaza is dire, and that the teams are working to provide aid with great courage.

Additional information can be obtained by calling IAC’s hotline 9122121.