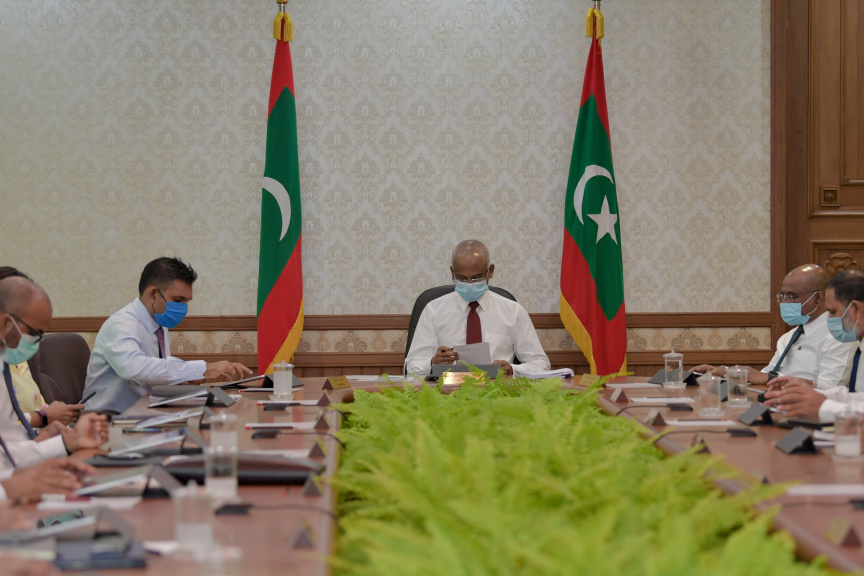 The cabinet of the government of the Maldives has strongly condemned the terrorist attack targeting the former President and current Speaker of the Parliament Mohamed Nasheed last Thursday night.

The President's Office said in an online meeting cabinet meeting held today, President Ibrahim Mohamed Solih condemned the attack and described it as a heinour act of terror.

The Cabinet, in the strongest of terms, also condemned the May 6 terror attack targeting Nasheed, read a statement issued by the President's Office.

Deliberations also took place on the latest cautionary steps taken following the terror attack and expediting the investigation. The cabinet also discussed ways of strengthening and ensuring the safety and security of the public.

The President also apprised the Cabinet on the Speaker's current health and recovery.

Both the MNDF and Police have said that intelligence information regarding the attack was not received prior to the attack. President Solih has previously announced that an internal audit into the lack of intelligence would be conducted.

The Parliament's Committee on National Security Services will also be making an inquiry into the security failure of former President Mohamed Nasheed.

Nasheed is still recovering from the attack at the ADK Hospital. His condition is well, according to his family who have said that work was underway to move Nasheed to Germany for further medical care.

So far, three people have been arrested in relation to the attack, including the prime suspect. A number of cabinet members have previously condemned the attack previously.