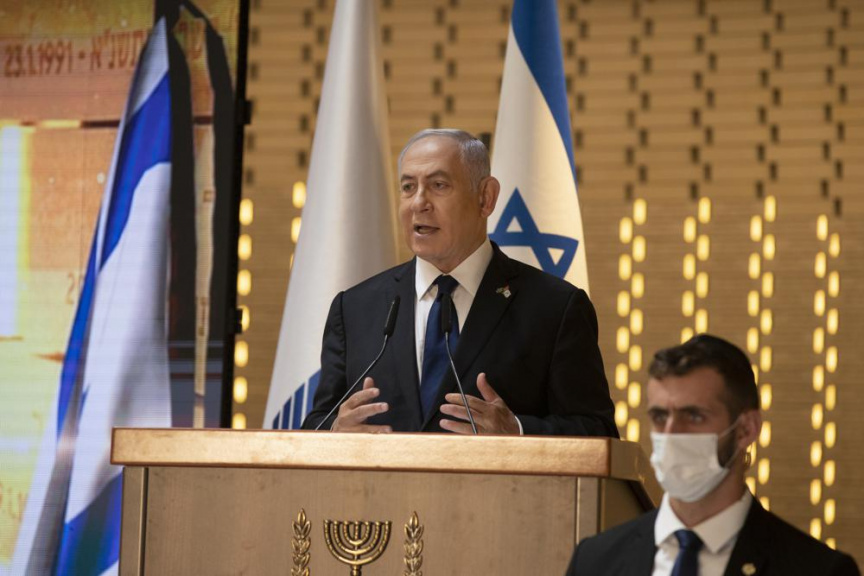 JERUSALEM (AP) — Israeli Prime Minister Benjamin Netanyahu on Tuesday failed to meet a midnight deadline to put together a new governing coalition, raising the possibility that his Likud party could be pushed into the opposition for the first time in 12 years.

The deadline closed a four-week window granted to Netanyahu by Israel’s figurehead president. The matter now bounces back to President Reuven Rivlin, who announced just after midnight that he would contact on Wednesday the 13 parties with seats in parliament to discuss “the continuation of the process of forming a government.”

Rivlin is expected in the coming days to give one of Netanyahu’s opponents a chance to form an alternative coalition government. He also could ask the parliament to select one of its own members as prime minister. If all else fails, the country would be forced into another election this fall — the fifth in just over two years.

The turmoil does not mean that Netanyahu will immediately be forced out as prime minister. But he now faces a serious threat to his lengthy rule just as his corruption trial is kicking into high gear. His opponents, despite deep ideological differences, already have been holding informal talks in recent weeks in hopes of forging a power-sharing agreement.

Netanyahu had struggled to secure a parliamentary majority since March 23 — when elections ended in deadlock for the fourth consecutive time in the past two years. Despite repeated meetings with many of his rivals and unprecedented outreach to the leader of a small Islamist Arab party, Netanyahu was unable to close a deal.

Rivlin gave Netanyahu the first chance to form a coalition after 52 members of parliament endorsed him as prime minister last month. That was short of a majority, but the highest number for any party leader.

Opposition leader Yair Lapid, who received the backing of 45 lawmakers, now seems to be the most likely candidate to get a chance to form a government.

Naftali Bennett, head of the small religious, nationalist Yamina party, is also a possibility. Bennett, a former Netanyahu ally turned rival, controls just seven seats in parliament, but he has emerged as a kingmaker of sorts and appears to carry the votes that Lapid would need to secure a parliamentary majority.

Lapid already has said he is ready to share the prime minister’s job with Bennett, with Bennett serving first in a rotation. So far, they have not reached any firm agreements.

“Because of Bennett’s refusal to commit to a right-wing government, something that would have certainly lead to the formation of a government along with other members of Knesset, Prime Minister Netanyahu returned the mandate to the president,” the statement said.

Defense Minister Benny Gantz, leader of the centrist Blue and White party, called on Netanyahu’s opponents to line up behind Lapid.

“The Israeli people have taken one blow after another: a pandemic, unemployment, ugly politics, loss of faith in leadership, and deep polarization,” he said. “We can work everything out within a matter of hours. It is our duty to form a government as swiftly as possible for the sake of the state of Israel and all of its citizens.”

Netanyahu has become a divisive figure in Israeli politics, with the last four elections all seen as a referendum on his rule. He has been desperate to remain in office while he stands trial, using his position to lash out at prosecutors and seek possible immunity from prosecution.

Most of his struggles stemmed from obstacles created by former allies in his own religious and nationalist base.

The New Hope party, led by a former Netanyahu aide, refused to serve under the prime minister because of deep personal differences. Religious Zionism, a far-right party that espouses an openly racist platform, supported Netanyahu but ruled out serving in a government with the Arab partners he has courted.

Bennett, who has had a strained relationship with Netanyahu, was unable to reach any agreements with his former mentor.

Looming over Netanyahu has been his corruption trial. Netanyahu has been charged with fraud, breach of trust and bribery in a series of scandals. The trial has moved into the witness phase, with embarrassing testimony accusing him of trading favors with a powerful media mogul. Netanyahu denies the charges.

In recent weeks, Netanyahu had appeared increasingly frustrated, coddling potential partners one day and then lashing out at them with vitriol the next.

Last week’s deadly stampede at a religious festival, in which 45 ultra-Orthodox Jews were killed, only complicated his task by creating an unwelcome diversion and calls for an official investigation into possible negligence on his watch.

Netanyahu has also suffered a series of embarrassing — and uncharacteristic — defeats in parliament. On Tuesday, Likud failed to push ahead a proposal calling for direct election of the prime minister. Opponents had panned the measure as a desperate attempt by Netanyahu to find a new way to hold on to power.

Despite all of Netanyahu’s vulnerabilities, it remains unclear whether his opponents can form an alternative government.

The opposition includes a vast spectrum of parties that have little in common except for their animosity toward Netanyahu. He is expected to do his utmost in the coming weeks to prevent his opponents from finalizing a deal.

If they fail, he would remain in office until the next election. That would give him several months to battle his corruption charges from the perch of the prime minister’s office and grant him yet another chance to win a new term, along with possible immunity.