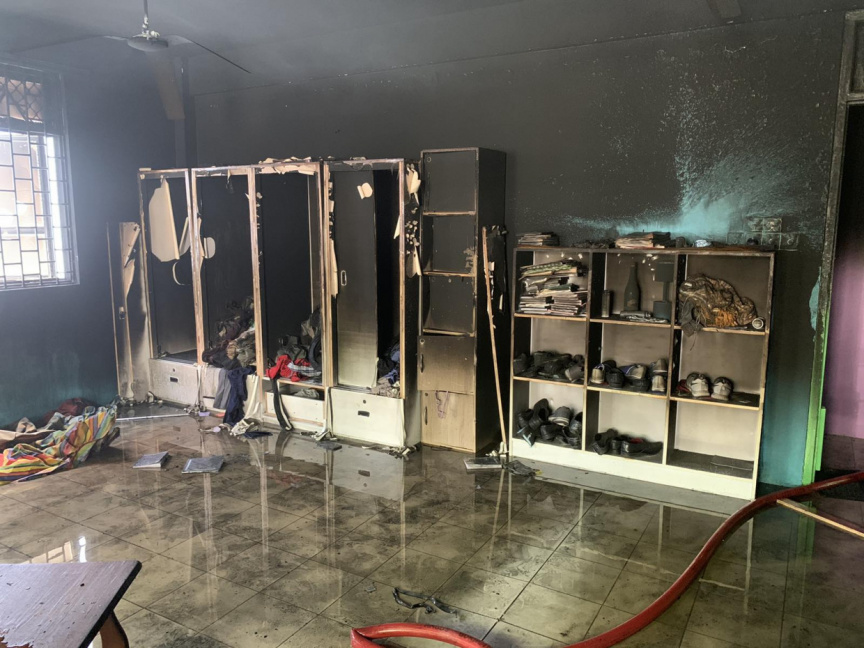 Photo shows items inside the Kudakudhinge Hiyaa damaged after a fire incident on May 4, 2021.

A fire broke out in the Vilimale' Kudakudhinge Hiyaa, damaging a lot of the furniture, goods, and items in the facility.

Maldives National Defense Force (MNDF) stated that no one injured in the incident.

Reports of the incident were received around 10:04 in the morning.

MNDF said that the fire has now been extinguished after Fire and Rescue Services were deployed. The fire was put out around 10:15.

According to the MNDF, the fire happened on the first floor of the building.

Photos of the scene show cupboards and lockers as well as clothing and other accessories damaged beyond use.

The Kudakudhinge Hiyaa houses children of the ages 13-18 under state care and is located in the southeast of the ward of Male' City.

Fire breaks out in children's shelter in Vilimale’

Fire breaks out at children’s shelter in Vilimale’