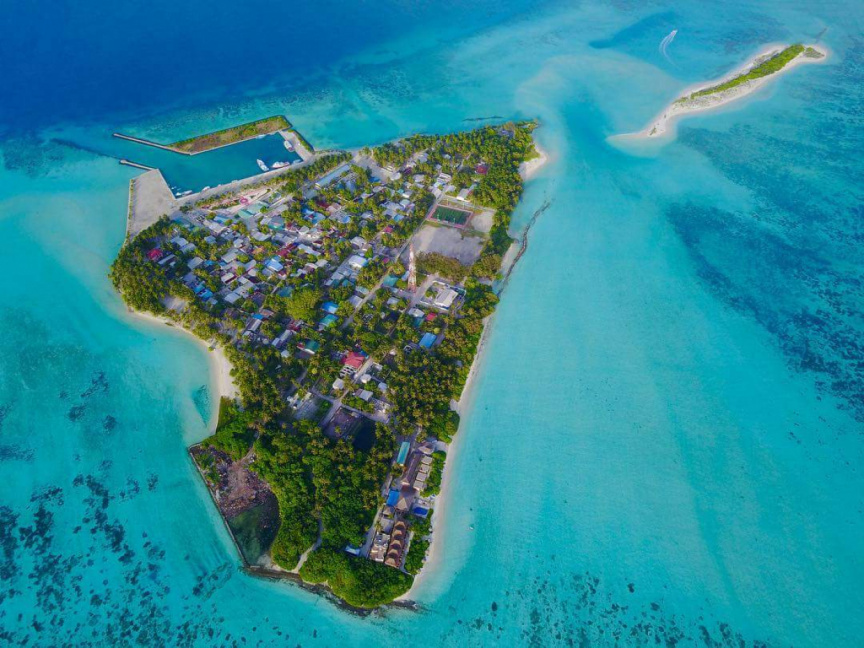 The island of AA. Mathiveri today confirmed 47 cases of COVID-19, bringing the total number of cases from the island to 171 within just a week of confirming the first case.

The island confirmed the first case of the virus last Thursday and was placed under monitoring mechanisms on the same day. Mathiveri Health Center Manager Mohamed Mahid stated to Sun that all 171 cases remained active since they were just confirmed a week ago. Quarantine cases identified from the island had brought the total tally to 182, but the quarantine cases have all recovered since then, said Mahid which meant that the island only had active cases discovered from within the community.

“We are still collecting samples and testing as well as working on contact tracing. Active cases are at 171,” said Mahid.

A total of 36 samples remained pending, said Mahid before adding that preventive measures such as mask orders, ban of public gatherings were issued on islanders.

“We still don’t know how the virus spread to the island. Not many traveled to the island for the recently held Council Elections either. The first positive cases included staffers of the Health Center, so we are also working with a low level of manpower here,” said Mahid.

Mahid also added that the HPA had informed him that the agency will be making a decision on the arrival of tourists to the island soon, as Mathiveri is a local tourism hotspot.

A high number of COVID-19 cases have been reported from different islands of the Maldives as of recently.