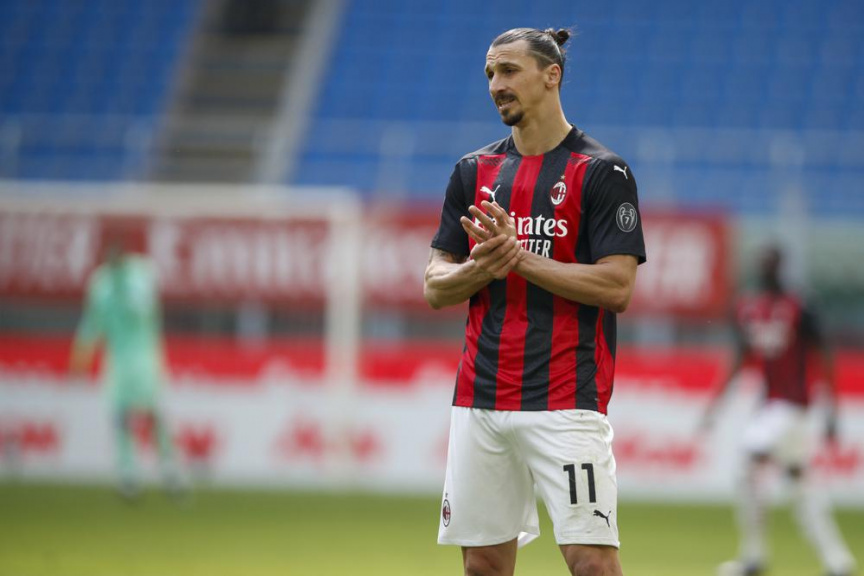 AC Milan's Zlatan Ibrahimovic looks on during the Serie A soccer match between AC Milan and Sampdoria at the San Siro stadium, in Milan, Italy, Saturday, April 3, 2021. (AP Photo/Antonio Calanni)

NYON, Switzerland (AP) — Zlatan Ibrahimovic is being investigated by UEFA for his “alleged financial interest in a betting company,” European soccer’s governing body said on Monday.

Swedish daily Aftonbladet reported this month that the 39-year-old AC Milan striker was a partner in Bethard, a Malta-based gaming company.

UEFA’s disciplinary regulations state that players should not have a financial interest in betting.

Ibrahimovic has represented Milan in UEFA’s Europa League. He came out of international retirement last month after an absence of nearly five years to play for Sweden in two World Cup qualifiers.

“A UEFA ethics and disciplinary inspector has today been appointed to conduct a disciplinary investigation regarding a potential violation of the UEFA disciplinary regulations by Mr. Zlatan Ibrahimović for having an alleged financial interest in a betting company,” UEFA said in a statement.