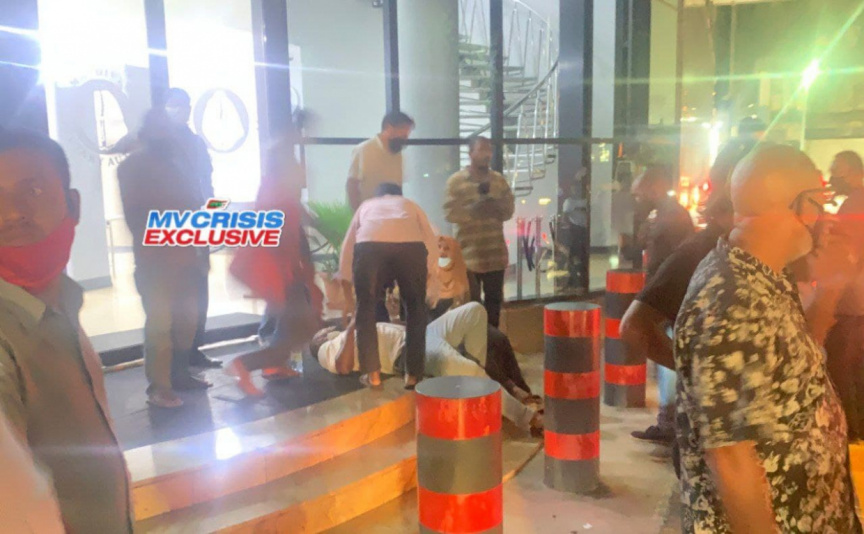 April 25: 2021: Photo shows a man on the stairs of the MMA building in Male' City, injured after a traffic accident. One of the parties involved in the accident had fled the scene. (Photo/mvcrisis)

Police in Male' City are looking into a hit-and-run traffic accident which happened in the capital last night.

The accident was reported to police around 21:15 last night. Authorities stated that the accident happened after two motorcycles collided near the Maldives Monetary Authority (MMA) building in the northwestern part of the capital.

One of the individuals involved in the accident had fled the scene after the accident, according to police.

Two people suffered injuries in relation to the accident and both of them are receiving treatment at the IGMH hospital.

Police stated that they are looking into the matter.