Ex-President Waheed: System should be changed not because one is sidelined 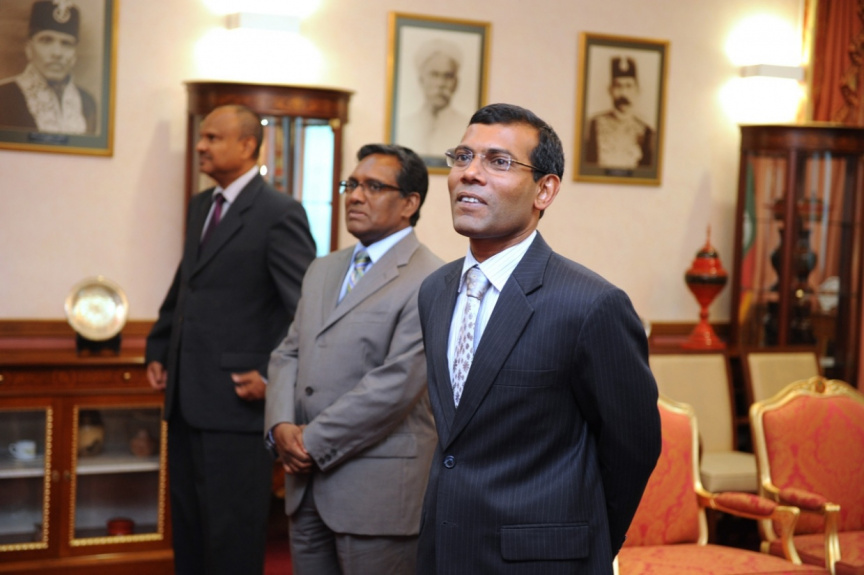 Former President of the Maldives Dr. Mohamed Waheed Hassan Manik has stated that the system of governance of the nation should be changed, not because a certain figure is on the sidelines of the presidency.

Dr. Waheed made the remark after former President and current Speaker of the Parliament Mohamed Nasheed, communicated to current President Ibrahim Mohamed Solih, his wish to change the system of governance in the Maldives from a Presidential system to a Parliamentary system and to appoint himself as the Prime Minister.

Nasheed, in a message to the President, stated that he did not wish to remain on the sidelines anymore and wanted to run the nation by becoming the Prime Minister.

Dr. Waheed in response stated that “The system of the government should not be changed because someone is on the sidelines of the Presidency, but because the people see it as the right way,”

Nasheed in his message proposed abandoning the 2023 presidential elections, making the transition to a parliamentary system, and dissolving the government. He suggested that the Parliament govern the Maldives until the next parliamentary elections.

Nasheed has always been a vocal advocate for the parliamentary system. He has previously stated that a change in the system of governance will be made after discussing it with the President. Nasheed has been often accused by the opposition of overreaching his powers and running the Parliament in violation of the Constitution, in line with a parliamentary system.

Despite, the message by Nasheed, many have expressed opposition towards the idea and even stated that such a move can and only should be made with the vote of the people through a referendum.

This includes parliamentarians such as Maradhoo MP Ibrahim Shareef, who have voiced opposition towards the idea by saying that the power of such a turnover of the system can only be made by the public.

“It can only be changed with the vote of the public since it was decided by a referendum. That is not something to be decided by the parliament or the President,” said MP Shareef.

He also said that the initial change of system was because one figure had too much authority in the government. MP for Kendhoo Ali Hussain also reiterated the words of MP Shareef by saying that a change of the system of governance was only for the public. MP for Vilimale’ Ahmed Usham also stated the same.

Article 261 of the Constitution also states that the constitution may be amended by a bill passed by a three-quarters majority of the total membership of the Parliament. However, it is stated that any such bills related to the following areas, if passed by the parliament and is to be ratified by the President, must be done so with the majority approval of the people in a public referendum.

The Constitution states that if the bill fails to get the majority approval of the public, it is not valid. A 2007 referendum taken on the system of governance in the nation, saw people decide on a presidential system.

However, Nasheed has been arguing that the 2008 passed constitution was formed in a way supporting a parliamentary system and that such a system is the most appropriate one for the nation.