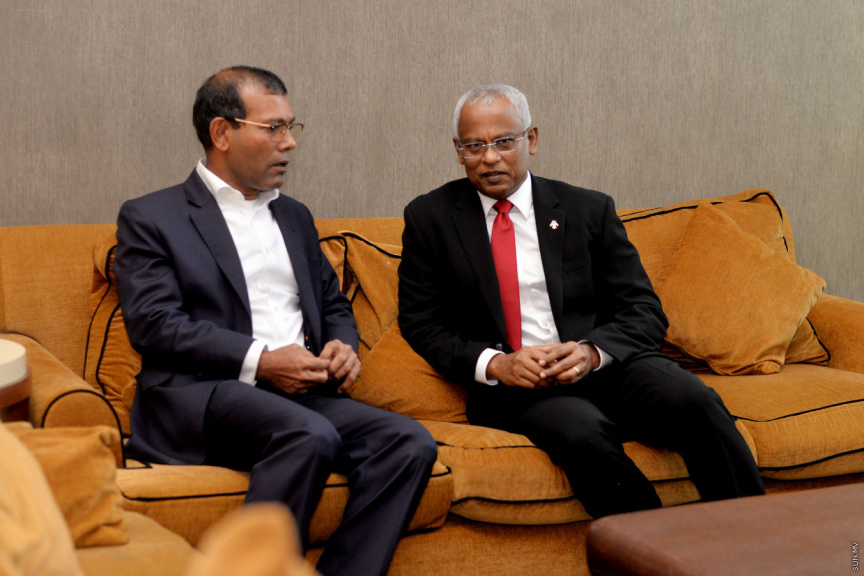 Parliament Speaker, former President Mohamed Nasheed told President Ibrahim Mohamed Solih in a message on Sunday that he wishes to change Maldives’ system of governance to parliamentary, and become the Prime Minister.

In a message on Sunday evening, Nasheed told the President he wishes to discuss changing the system of governance in Maldives from presidential to parliamentary. He forwarded the message to several Cabinet members and parliamentarians.

Sun has received a screenshot of the message and is able to verify its authenticity.

Nasheed has proposed abandoning the 2023 presidential elections, making the transition to a parliamentary system, and dissolving the government.

He suggested that the Parliament govern Maldives until the next parliamentary elections.

Nasheed has always been a vocal advocate for the parliamentary system. He has previously stated that a change in system of governance will be made after discussing it with the President.

Nasheed has been often accused by the opposition of overreaching his powers and running the Parliament in violation of the Constitution, in line with a parliamentary system.