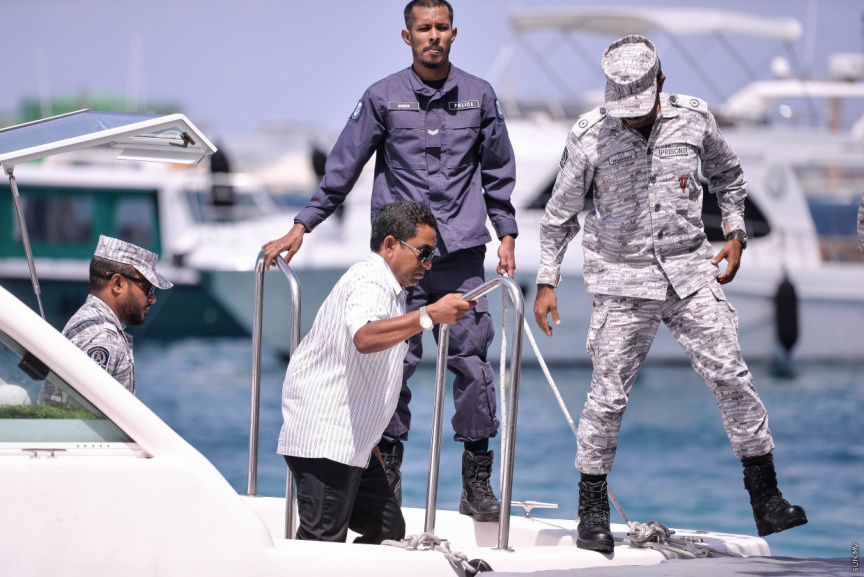 Former Maldivian President Abdulla Yameen Abdul Gayoom - who is serving a five-year sentence for money laundering in Maafushi Prison - has been transported to Male’ City.

He is currently at the Maldives Police Service headquarters.

Sun has been informed Yameen was transported to Male’ City in connection to an open police investigation. However, the specifics of the investigation are unclear at this point.

Maldives Police Service has yet to issue an official statement as to why Yameen was summoned to the headquarters.

Yameen’s family and his political party PPM have repeatedly requested for him to be transferred to home confinement on health grounds.

In a press conference last week, President Ibrahim Mohamed Solih said that discussions are underway regarding transferring him to home confinement or lessening his sentence some other way, and that a decision will be made soon.