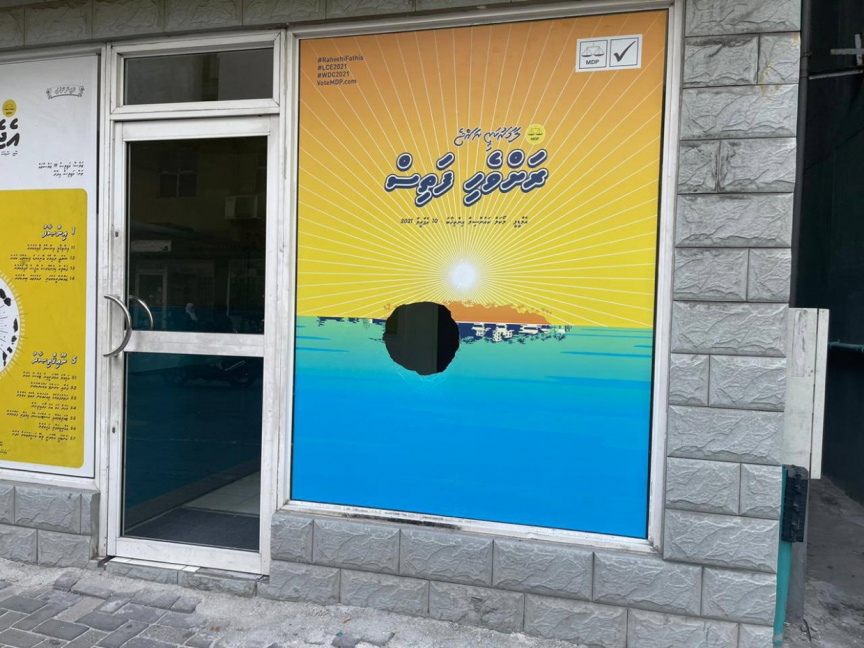 Maldives Police have made three arrests in connection to the vandalism of the MDP headquarters in Male’ City.

The incident took place on Tuesday, when vandals threw an object at the MDP headquarters in Sosun Magu, shattering the glass window.

Three suspects were arrested in connection to the case under court order on Wednesday.

The attack on MDP headquarters came the same day the decision to recount some of the ballots in recent Local Council Elections resulted in clashes within the Elections Center.