MP Azim: Low voter turnout due to concern over calls to free Yameen 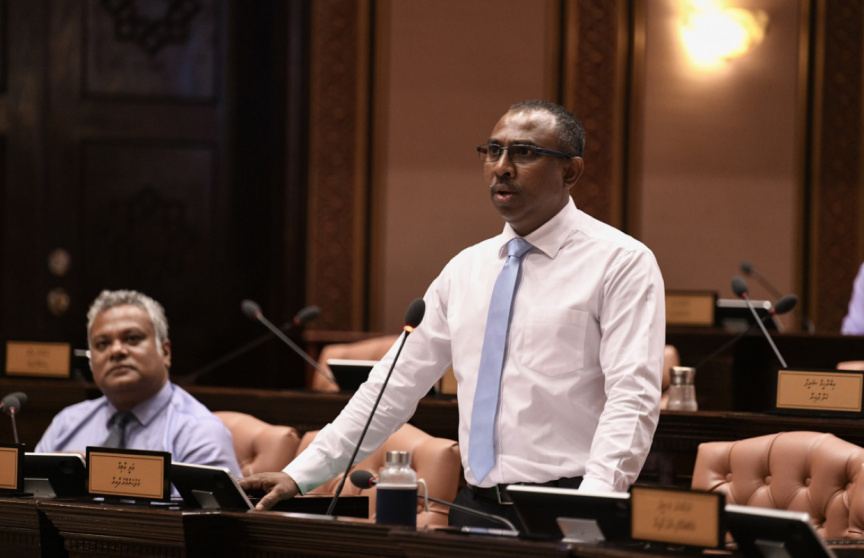 Ruling MDP lost the majority of seats in Male’ City Council to opposition PPM in the recent elections, including the mayoral seat. PPM also secured majorities in other key councils.

The opposition coalition, composed of PPM and PNC, said that the election results were a message from the people calling for Yameen’s immediate release.

Speaking during the parliamentary sitting on Wednesday morning, Azim said that he acknowledges that PPM achieved a greater victory than it had in past elections, but does not believe MDP lost the elections, given its overall performance.

Azim said that MDP’s loss in Male’ City resulted from a combination of factors.

He said that MDP had previously talked about arresting thieves, stopping theft, and minimizing corruption.

Azim said that the message the people gave by refusing to vote is to arrest more thieves.

“To stop the theft and corruption the Maavah MP [Mohamed Saeed] engaged in while serving as a minister. To stop the person who was selling fuel while serving as a member of this Parliament. The people refused to vote to protest against this. Because we are taking too long to get this done. Because they are concerned over the widespread theft,” he said.

Azim said that acts of theft and corruption continue to exist during the current MDP administration, but that corruption has dropped by 80 percent since they assumed power.

President Ibrahim Mohamed Solih recently stated that nothing bad will happen to Yameen, and that discussions are underway to transfer him to home confinement or lessen his sentence some other way.

He also stated that he believes the election results to be a message from the residents of Male’ City asking the government to do better, and that MDP must identify what went wrong, and make the necessary changes - whether it’s within the government or the parliament.

‘India Out’ bill on pause amid disagreement within MDP