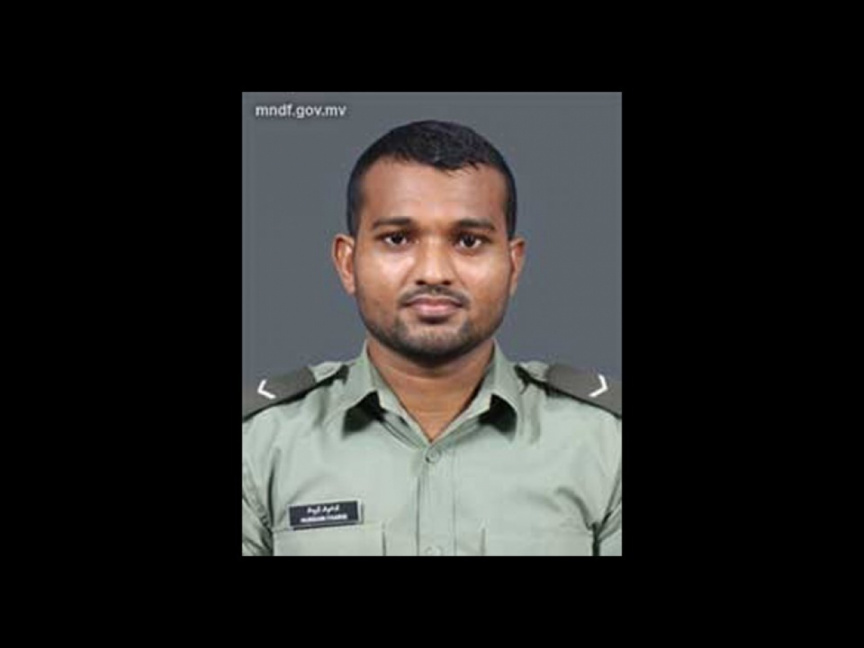 Maldives National Defense Force (MNDF) has recovered the body of a soldier who went missing at sea near L. Kadhdhoo today.

MNDF said that Coastguard divers managed to recover the body of Lance Corporal Hussain Faarish (Service no: 7613) after he was reported missing around 17:40 today.

His body was found around 20:50, and MNDF added that a speedboat of Coastguard was traveling to Kadhdhoo with the body

MNDF has previously stated that four soldiers had gone into the waters east of Kadhdhoo but had not specified the purpose of their actions,

One of the other soldiers was also treated at the hospital for drowning.

Police search for groups involved in violence in Male'