Police search for groups involved in violence in Male' City 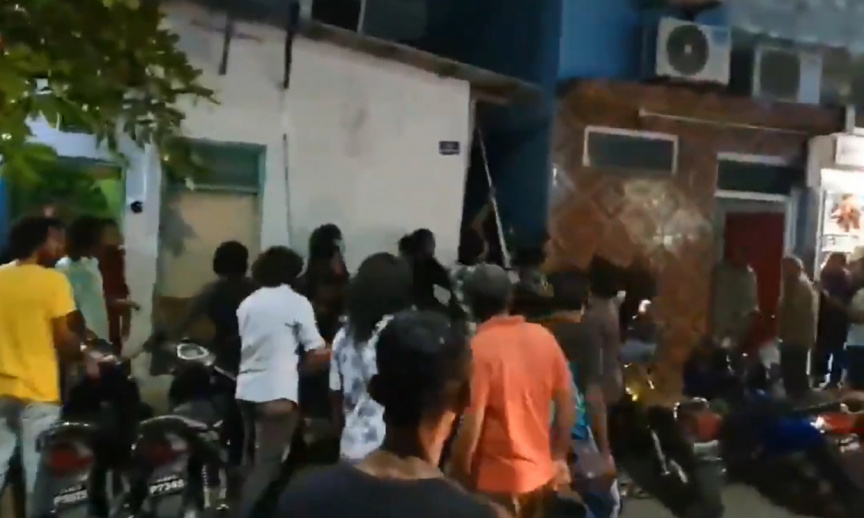 Screengrab from video footage of violence between two groups in Male' City on March 30, 2021.

Police are looking for a group of people involved in a violent altercation tonight on the streets of Male' City.

A video circulating on social media shows two groups of people fighting with long pole-like objects. Pedestrians are also seen on the streets during the incident.

Police said that the reports of a violent altercation between two groups of people were reported tonight around 20:13. The incident happened on Muranaga Magu, a road in the Maafannu ward of the capital city.

The groups had dispersed by the police had reached the area.

Man injured in gang violence moved out of ICU

5 arrested after violence in Male' leaves one in ICU

2nd Sinopharm dose to be administered after 4 weeks