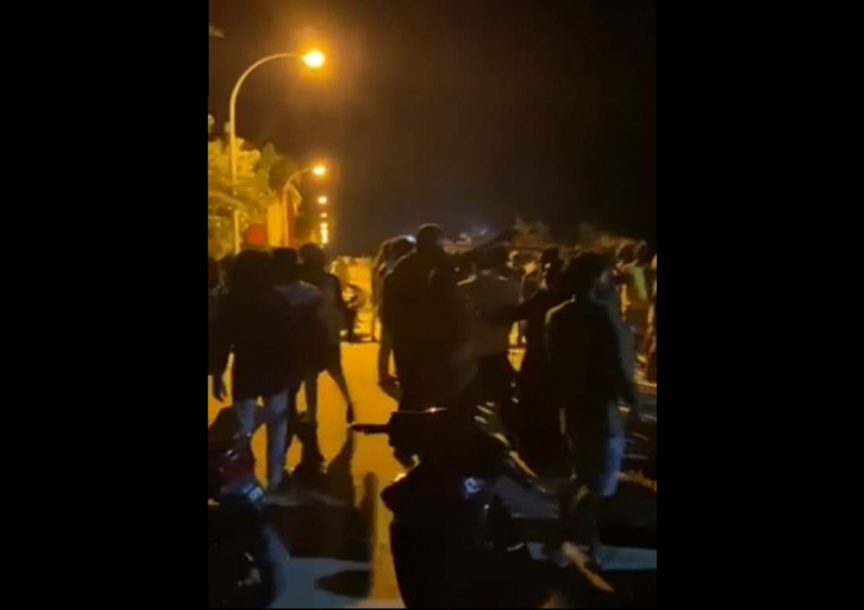 Police have arrested ten people in relation to violence observed in an island in the north of the Maldives due to violent protests held near the police station of the island calling for the arrest of the alleged perpetrators of a child gang rape case.

The case was reported to police on March 11, and happened on March 3. The alleged victim, a 14-year old girl had provided a detailed account of the incident to the Gender Ministry and police. The child was relocated to Male’ City following the incident which happened in her native island.

Police media officials confirmed to Sun last night that four male Maldivians were arrested under court orders in relation to the violence. Police are also investigating the alleged destruction of public property and assault against law enforcement officers by the protesters.

No one has been arrested in relation to the alleged rape yet. Police said that no evidence had been received warranting an arrest of anyone so far.

A family member of the child had spoken with Sun regarding the incident. The member said that the teacher had taken the girl while she was in school on March 3 to a nearby guesthouse. The incident happened on the evening of that day. The member had specified that according to the child, the guesthouse room was occupied by three other people when she was taken there, all of whom were covered up with masks. The child had difficulty in identifying the alleged perpetrators due to this, according to the member.

The Gender Ministry had also stated that it had been alerted over such a case on March 10. The child is now in protective custody according to the Ministry which added that it was working with Police on the case. Police are still investigating the case.

Police: Yet to receive evidence to establish a suspect