MDP, PPM and PNC fined for violation of HPA guidelines 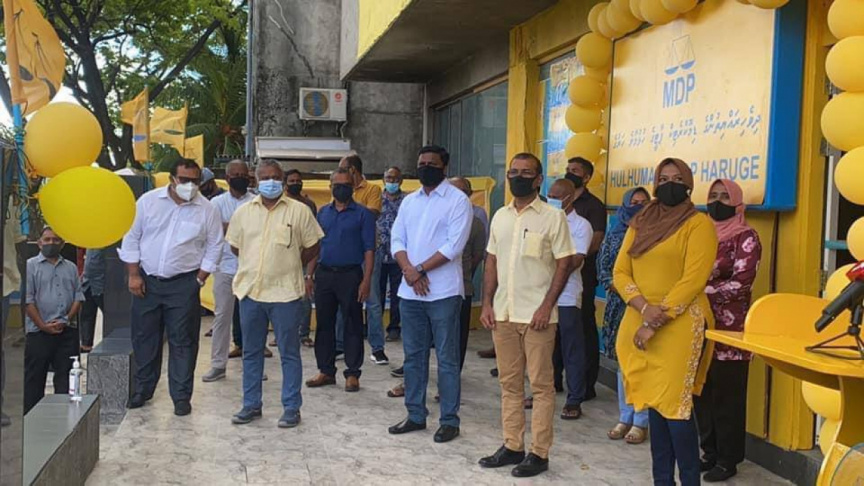 While PPM and PNC have been fined for conducting political activities in violation of HPA’s guidelines in the past, it marks the first time for the main ruling party to be penalized.

The penalty against MDP comes after the party opened a campaign office in suburban Hulhumale’ on Friday – an event which attracted a large gathering.

As part of special measures to control the spread of COVID-19 in the greater Male’ region, public gatherings of more than five people are banned and people are required to maintain a physical distance of three feet.

Failure to take action against MDP despite the violation of HPA’s guidelines had sparked criticism from opposition parties against the police. MDP had previously held a gathering in Male’ City – which wasn’t met with any penalty.

Scores have been arrested from the protests and fined.