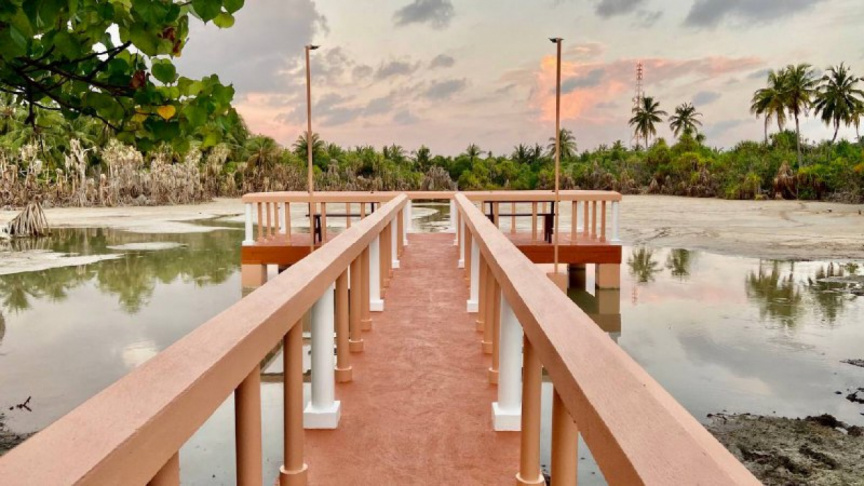 The Eco-park developed with the assistance of the Bank of Maldives in GDh. Nadella has been officially opened.

The park was developed under the community fund of BML by the Nadella Island Development (NIDS) in the Gonaanigili Kulhiyaa area of the island.

Under the project, a viewing platform, five benches, and five dustbins as well as five solar-powered lights were installed in the area. The park was officially opened by the Principle of the Nadella School Hussain Jaaveed. The island council will be maintaining the park.

NIDS also thanked everyone involved in the project such as the volunteers.