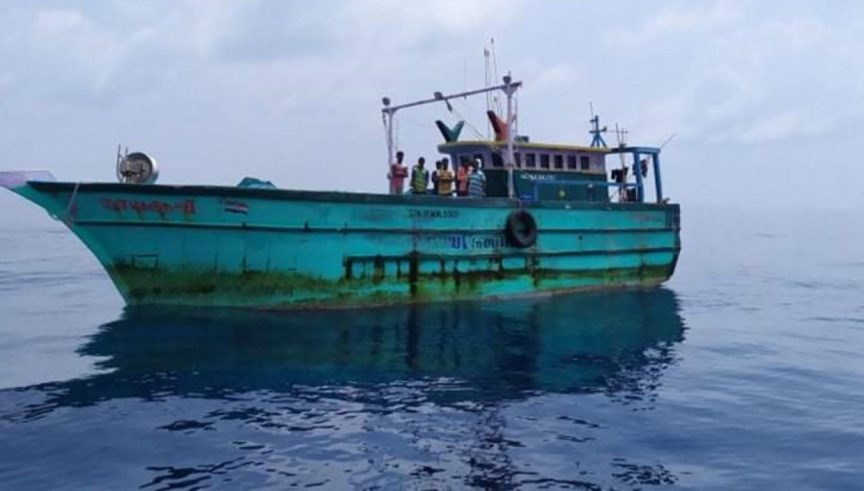 Maldives police said on Thursday that the fishermen on board the boat captured fishing in the Maldives Exclusive Economic Zone using fishing nets were released from custody after collecting the information needed for the investigation, and that the investigation remains ongoing.

The boat was captured with eight fishermen on February 24. The release of the fishermen sparked criticism against the local authorities.

A police spokesperson said on Thursday that the boat was allowed to depart from Maldives after collecting the information required for the investigation and under advisement from Fisheries Ministry.

The spokesperson said that the boat left Maldives EEZ under custody of the Coastguard.

“They were allowed to leave after collecting all the information required for the police investigation and by Fisheries Ministry,” said the spokesperson.

The police said the case is under investigation and that the Fisheries Ministry is getting ready for take action.