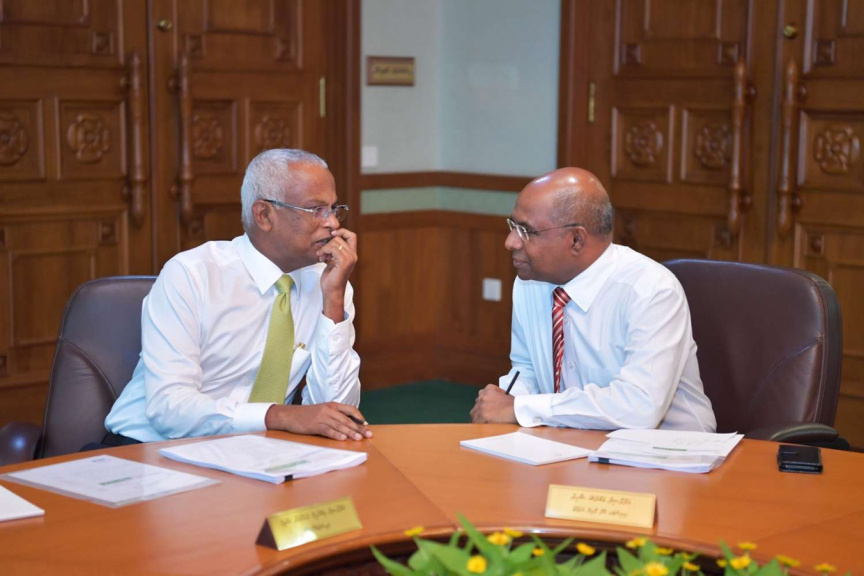 The government of the Maldives has condemned the coup d'état carried out by the military junta of Myanmar on February 1.

The government, in a statement issued today, said that it joined the international community in condemning the coup.

Myanmar's democratically elected government was overthrown in the coup led by senior military officers last month. Myanmar's elected leader Aung San Suu Kyi appeared in court three days ago to face fresh charges. Before that, she had not been seen publicly since the coup.

The Maldivian government in its statement expressed concern over the loss of innocent lives mounting in the aftermath of the coup. Protests in the nation are being held on a daily basis against the coup, with some turning violent as the military is accused of using force to suppress the public. More than 50 deaths have been reported in the protests.

Human rights laws and conventions were also called to be upheld by the Maldivian government regarding the situation in Myanmar before calling to end the state of emergency imposed on the nation after the coup.

The government of the Maldives also called on the military to relinquish the powers it had overtaken to the elected National Assembly and called to maintain public order and peace in the nation.

The Maldivian government also stated that it stood with the people of Myanmar in their fight for democracy.

The government of Aung San Suu Kyi was overthrown by the military junta in the coup on February 1, after unsubstantiated evidence of voter fraud was made by the military. Suu Kyi's party had won the elections with a landslide victory. The army, after the coup has promised fresh polls within a year, however, public outrage has been observed over the actions of the army in the coup.