Grueling season starting to catch up with Man U, Leicester 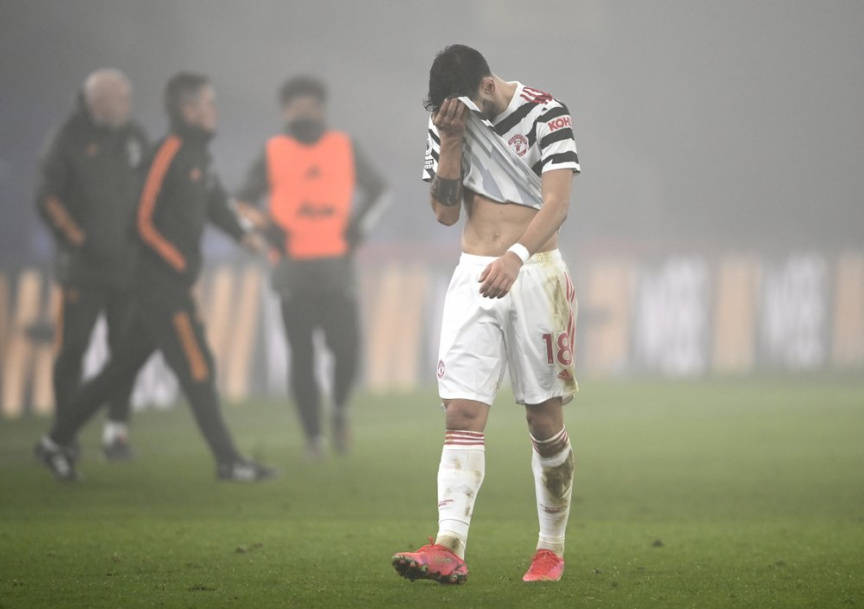 The most grueling and intense Premier League season appears to be catching up with Manchester United’s misfiring players.

It may yet cost them a place in next season’s Champions League.

There were worrying signs in United’s third straight 0-0 draw, this time in the fog at Crystal Palace on Wednesday. Bruno Fernandes was sloppy in possession, Harry Maguire and Marcus Rashford exchanged angry words in the second half and — maybe most alarming of all — there was never any sign of the kind of late onslaught United teams down the years have been renowned for.

Perhaps it is no surprise that United, which is now 14 points behind Manchester City in what is becoming a procession to the title, is running out of steam.

Due to its involvement in the Europa League and going deep in both domestic cups, United has played games every midweek in this condensed, pandemic-affected season except for during international breaks. A last-16 double header against AC Milan in the Europa League is coming up over the following two weeks, and before that a Manchester derby on Sunday.

No wonder energy levels seem to be down and there’s no attacking spark in Solskjaer’s side.

“It’s been a long season,” Solskjaer said after United’s sixth 0-0 draw in the league, the most of any team this season.

There’s still 2 1/2 months left of it, more than enough time for United to lose its spot in the Premier League’s top four if it’s not careful. The same applies to third-place Leicester, which was held 1-1 at relegation-threatened Burnley on Wednesday and might also be feeling the effects of an arduous season that has included a Europa League campaign, too.

United and Leicester have won just five of their last 16 league games combined and they are giving their top-four rivals a big opportunity to reel them in. West Ham, Chelsea, Liverpool and Everton are all within eight points and have games in hand, while Tottenham and Arsenal further back should not be discounted now.

Leicester recovered from conceding a goal in the fourth minute to Matej Vydra, with Kelechi Iheanacho volleying in the equalizer in the 34th.

Leicester manager Brendan Rodgers considered it a decent result given the injury problems in his squad, which is currently depriving him of attacking midfielders Harvey Barnes, James Maddison, Dennis Praet and Ayoze Perez, along with Jonny Evans and James Justin.

With 11 games left, Sheffield United is 12 points from safety so securing a third straight season in the top flight remains highly unlikely.

The players aren’t giving up, though.

“We’re all still fighting for our future and for this club,” said striker David McGoldrick, who scored the winner from close range in the 30th minute. “The saying is, ‘It’s not over till the fat lady sings.’ We’re all fighting to the end.”