Zahid resigns from EC in face of concern from Parliament 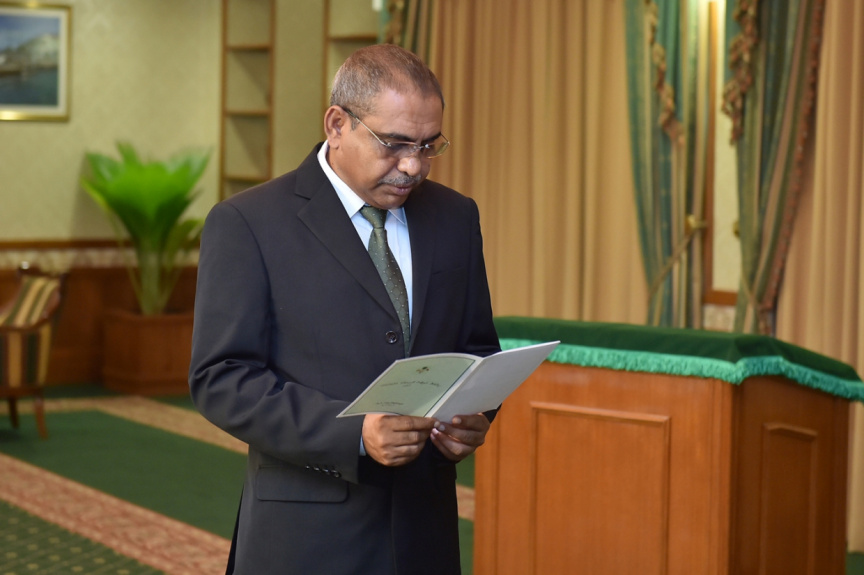 Zahid resignation comes after Parliament Speaker, former President Mohamed Nasheed along with several other parliamentarians from ruling Maldivian Democratic Party (MDP) expressed concern over his appointment to such a key role within Elections Commission after he was dismissed from Human Rights Commission of Maldives (HRCM) in a no-confidence vote last year.

Members of the Elections Commission were summoned by the Parliament’s Independent Institutions Committee for a meeting to discuss the issue on Tuesday.

Speaking during the meeting, MDP parliamentarians said they do not find it reasonable for someone dismissed in a no-confidence vote by the Parliament to be appointed to such a responsible position, and said they do not believe complaints lodged by MDP candidates will be looked into fairly as long as he remains in power.

Elections Commission chairman Ahmed Shareef, however, denied the allegation and said he did not believe Zahid’s appointment will influence the elections. He said that the position is not powerful enough to allow unilateral decisions.

COVID-19 measures in Hulhumeedhoo extended for a week