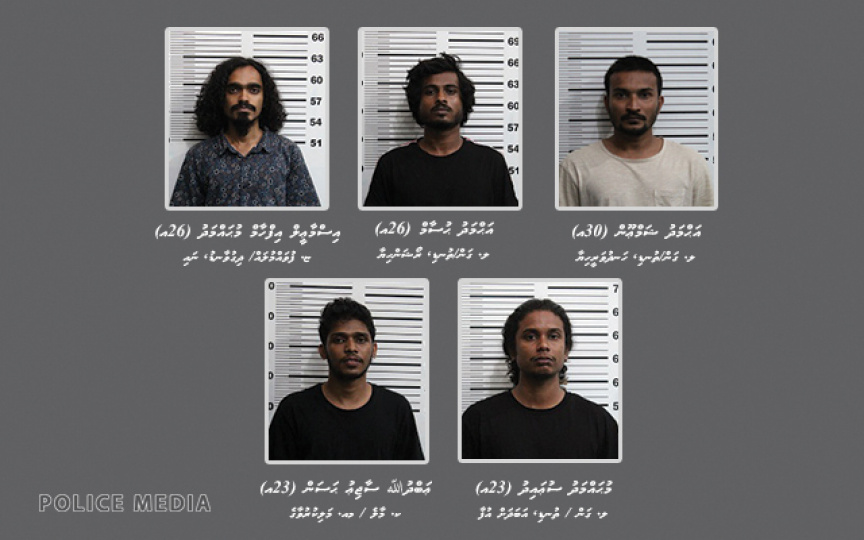 Maldives Police Service, on Sunday, released the identities of five suspects in an operation by the Drug Enforcement Department (DED) in Male’ earlier this February.

According to the police, the operation was conducted on February 13 based on information received by Police Intelligence of abuse, possession and wide-scale distribution of narcotics.

The DED searched four residences, a motorcycle, and a boat docked at the north harbor in Male’ and found over 2 kilos of drugs in the operation.

Those arrested in the operation include popular local rap artist Ismail Ifham Mohamed (Pest) – often referred to as the “King of Rap” in Maldives, and Ahmed Husam (Jahulu) another popular rap artist from Symbolic Records.

The five suspects were remanded in custody of the police for 15 days when presented before the Criminal Court for their remand hearing on February 14. The court granted their remand citing they posed a potential danger to the safety of the community.

The case is under further investigation by DED.