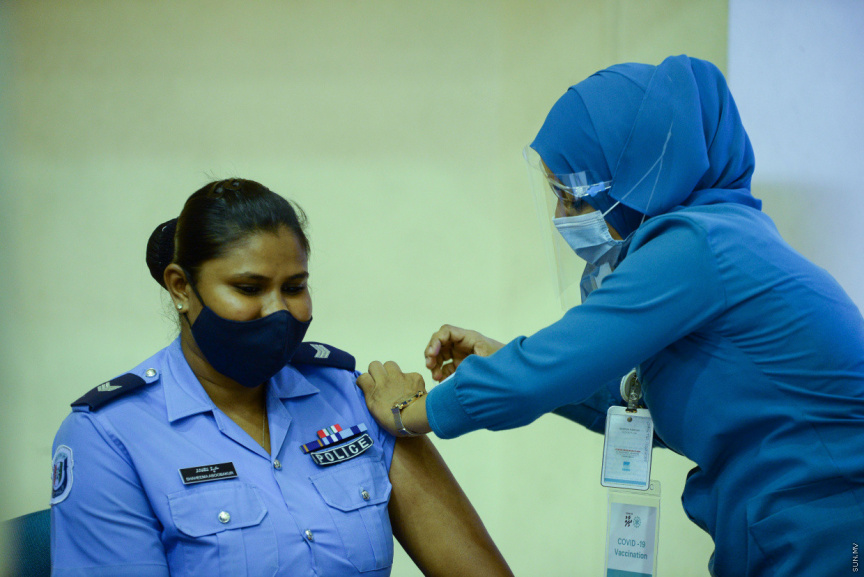 Maldives Police Service has announced that around 50 percent of officers in the service have received vaccinations against COVID-19.

Police stated that more than half of the employees of the institution had been inoculated against the virus. According to police, 1676 officers in the Greater Male Area had received vaccinations against the virus up until yesterday.

Police officers who are front-line workers, are being inoculated under the supervision of Police Medical. Police also stated that no employees have been reprimanded for refusing to get vaccinated and that vaccinations were still underway for officers.

Maldives Police also stated that the institution would remain steadfast in its commitment to serve the public after obtaining protection from the virus and hoped to change the situation soon.

The Maldives began vaccinations against the virus on February 1 and has so far inoculated over 90,000 people. The vaccine developed by Astrazeneca and Oxford University is being administered in the Maldives.