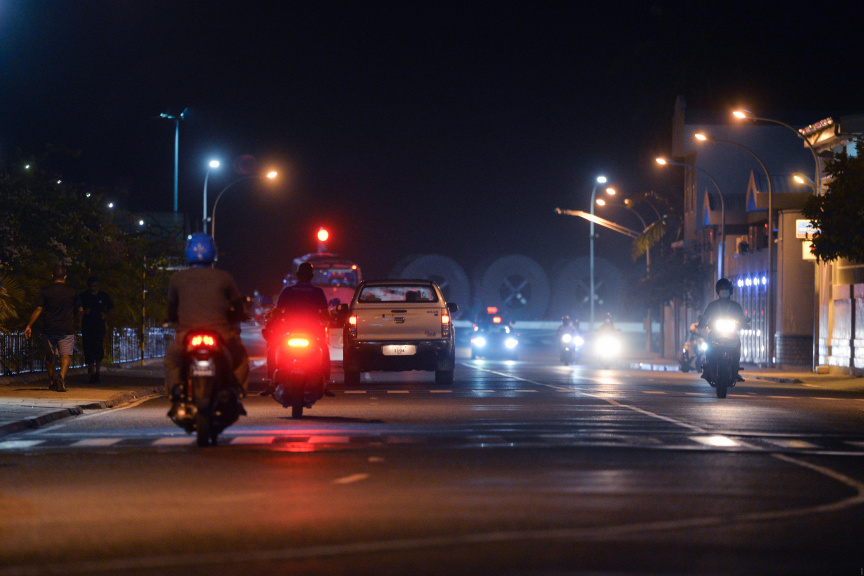 February 4, 2021: Photo shows the Boduthakurufaanu Magu of Male' City during nighttime. Residents of the capital are seen driving during a night time ban on transportation to curb the spread of COVID-19 as the country experiences a third wave of the virus. Authorities provide special permits and exempts certain individuals with permits provided by the HPA to drive during the vehicle ban. (Sun Photo/Fayaz Moosa)

Three people have been arrested after causing violence inside a café in Male’ City last night. One of the men had reportedly attacked a police officer as well before they attempted to flee the scene.

The incident happened inside a café on the Boduthakurufaanu Magu, the main road circling the city. It was reported around 20:00.

One of the men attacked a police officer who was trying to apprehend the men after they caused the violence.

Police disclosed that those arrested are a woman and two men, who are all locals. The woman is aged 25, while the two men are 25 and 28.

The matter is under investigation by the police, and no further details were revealed.