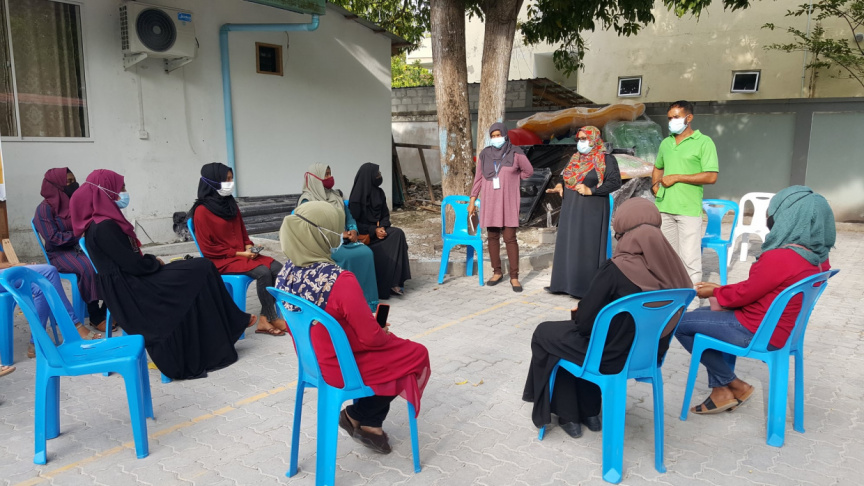 A meeting of the COVID-19 task force of Fuvahmulah City. (Photo/Fuvahmulah Hospital)

The southern city of Fuvahmulah confirmed just one new case of COVID-19 last night, leaving the city with 27 active cases.

The total number of cases, according to the Fuvahmulah City Hospital, now stands at 33. The city is under monitoring mechanisms.

Details of the situation as revealed by the hospital last night, show that the city confirmed just one new case from 73 individuals tested for the virus in the last 24 hours.

More than 4,200 samples had been collected from the city. Five of the positive cases have since recovered leaving the city with 27 active cases.

There are believed to be 760 contacts of the positive cases from the island.

The city was placed under monitoring mechanisms on February 9. Vaccinations are also underway on the island with 326 vaccinated yesterday. A total of 778 people in Fuvahmulah have received the vaccine.

Death of vaccinated elderly under investigation