HEOC: People have tested positive for COVID-19 after vaccine, takes time to work 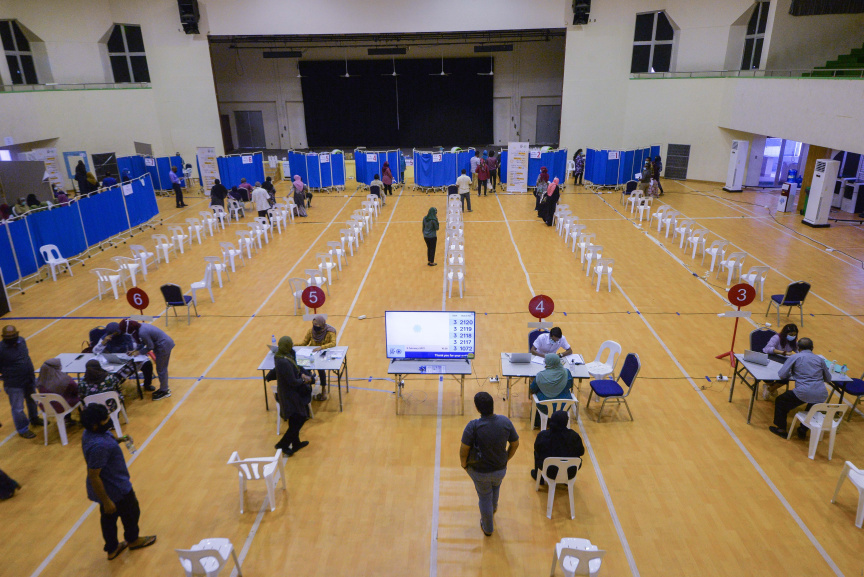 Health Emergency Operations Center (HEOC) has stated that some people in the Maldives who were vaccinated against COVID-19 had later on tested positive for the virus and that it would take time for the vaccine to come into effect.

In a press conference held last night, HEOC official Dr. Nazla Mustafa said that in some cases people had tested positive for the virus after five days of receiving the jab.

“That may be because they had been infected prior to the vaccine or that they tested positive after receiving the jab.” Said Dr. Nazla.

She stressed on the importance of taking safety measures despite receiving the first dose of the vaccine. She said that the first dose did not bring 100 percent protection from the virus.

Dr. Nazla said that the chances of being infected with the virus were cut down by 60 percent after two weeks of receiving the first dose of the jab. The figure is increased to 70 percent two weeks after receiving the second dose. The vaccine provided safety against severe cases of the virus, said Dr. Nazla.

“That is why it is so important, to take preventive measures such as wearing masks and keeping distance. It is very important to practice these measures.” Said Dr. Nazla.

Regarding the positive cases. Dr. Nazla said, “Protection against the virus may not yet be there at all after just five days (of receiving the vaccine). At least two weeks are taken to reach 60 percent after the first dose of the virus.”

She lamented the fact that people were becoming more carefree due to the vaccination and urged the public against dropping their guard. She reminded that the majority of the population were yet to receive the first jab even and called to take preventive measures as much as possible.

According to the most recent statistics by the HPA, a total of 56,218 people had received the first dose of the vaccine. The second dose is to be administered eight weeks after receiving the first dose. The Maldives is administering the Covishield vaccine developed by Astrazeneca and Oxford University, which is manufactured by the Serum Institute of India.