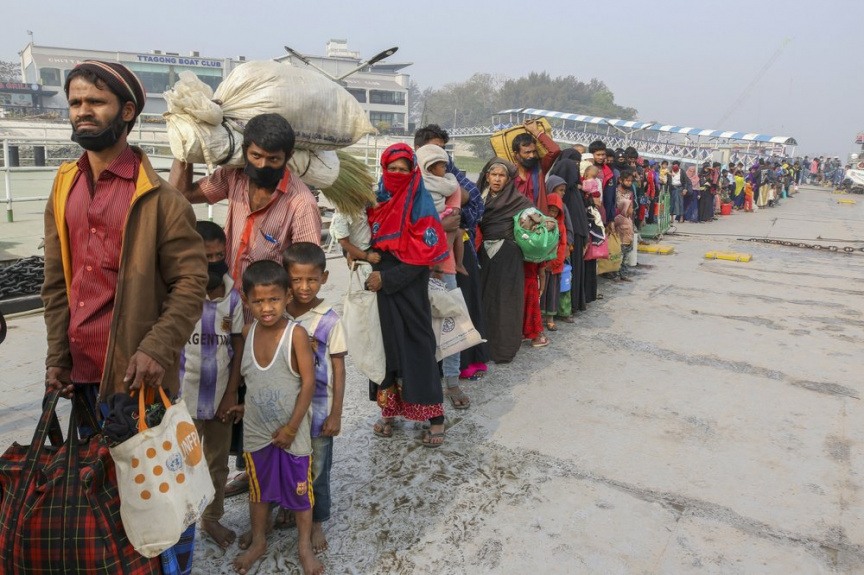 DHAKA, Bangladesh (AP) — Bangladesh authorities sent a fourth group of Rohingya refugees from Myanmar to a newly developed island in the Bay of Bengal on Monday despite calls by human rights groups for a halt to the process.

The roughly 2,000 Rohingya who had been living in the sprawling refugee camps of Cox’s Bazar were sent to Bhasan Char, an island specifically developed to accommodate 100,000 of the 1 million Rohingya who have fled from neighboring Myanmar, M. Mozammel Haque, a commander of the Bangladesh navy, told reporters.

With Monday’s group, more than 7,000 refugees have moved to the island since the process started in December.

The government has said the arrangement is good for the refugees and the island is designed to offer better living conditions. While human rights groups have criticized the moves and some are being forced to go against their will, the government has insisted that refugees moving to the island have done so voluntarily.

More than 1 million Rohingya have fled waves of violent persecution in their native Myanmar and are currently living in overcrowded, squalid refugee camps in Cox’s Bazar district.

Bangladesh has said that ultimately it is up to Myanmar to take the refugees back and has called on the international community to put pressure on Myanmar’s government to ensure their safe return.

The latest relocation follows a Feb. 1 coup in Myanmar that put the military firmly back in control. The refugees living in Bangladeshi camps say they are now even more fearful to go back to Myanmar.

The island surfaced only 20 years ago and was not previously inhabited. It was regularly submerged by monsoon rains but now has flood protection embankments, houses, hospitals and mosques built at a cost of more than $112 million by the Bangladesh navy.

International aid agencies have opposed the relocation since it was first proposed in 2015, expressing fear that a big storm could overwhelm the island and endanger thousands of lives. But the government said the new development schemes in the island have made the island safe for living.