Parliament to probe alleged links between Misbah, Nazeer and Taliban 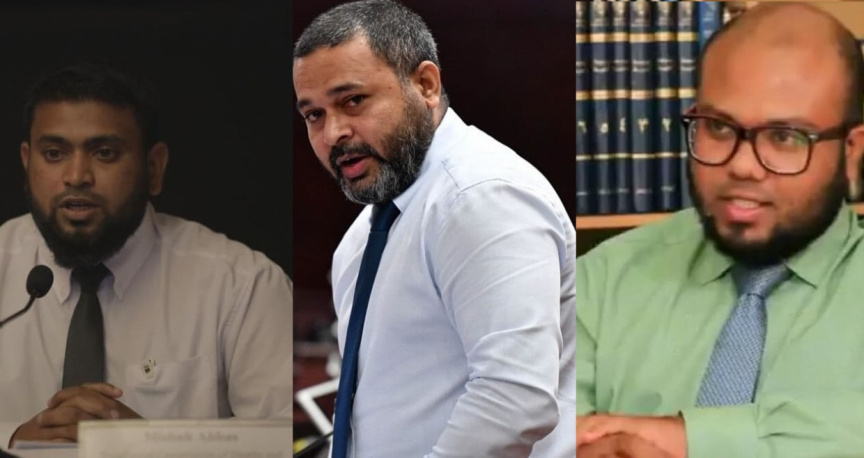 Parliament has made the decision to probe allegations Deaths and Disappearances Commission (DDCom) member Misbah Abbas and State Minister for Home Affairs Ali Nazeer underwent training with the Taliban.

Speaking during the debate on a resolution calling for establishment of entertainment centers for the youth at the Parliament on Wednesday, PPM deputy leader, Naifaru MP Ahmed Shiyam that allegations of links with terrorist organizations are often directed at the youth, and that the allegations both Misbah and Nazeer underwent training with the Taliban needs to be investigated.

Following Shiyam’s remarks, Speaker, former President Mohamed Nasheed responded that the Parliament will check through relevant agencies whether Misbah and Nazeer underwent any such training or hold such views.

He said that he believes it the responsibility of the Parliament to clarify the issue.

“In light of the questions raised as to whether these two specific individuals went to train with the Taliban, we have asked the Secretary-General to correspond with relevant State agencies and clarify whether they received the type of training you mentioned or harbor any of the sort of views you have mentioned,” said Nasheed.