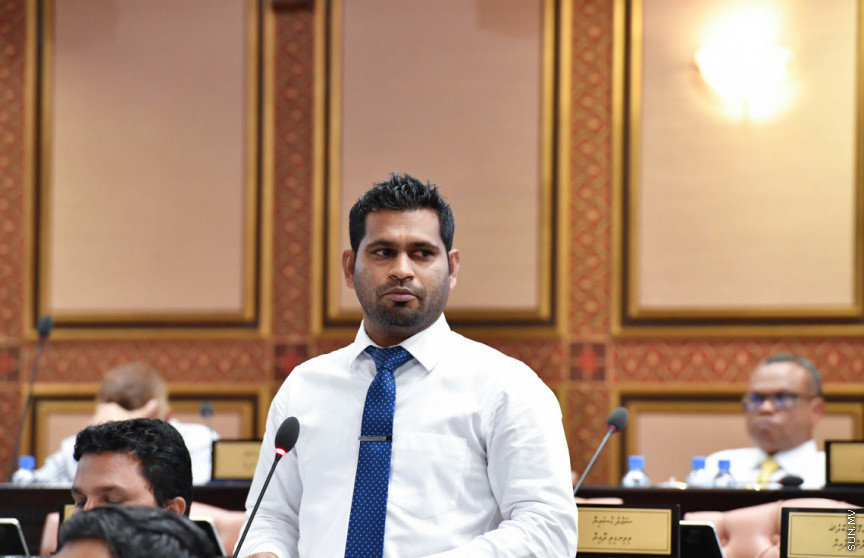 The Deputy Speaker of the Parliament Eva Abdulla interrupted Thoddoo MP Ahmed Shiyan after the parliamentarian made racist comments regarding China.

Deputy Speaker Eva, who was presiding over today’s parliamentary sitting, interrupted MP Shiyan as he was speaking on a point of order regarding the parliamentary resolution to establish an entertainment complex for youths. The MP took a point of order as Maavashu Mohamed Saeed was speaking as to why children were not allowed to step on the grass of the recently developed Lonuziyaaraiy Park.

“Children are only permitted to walk on the narrow walkway. They are not permitted on the grass,” said MP Saeed who is the deputy leader of PNC.

MP Shiyan took a point of order and said that MP Saeed was being untruthful. He said that he had visited the park with his children last week and that his children had played on the grass as well.

MP Shiyan then attacked MP Saeed by saying that during Saeed’s tenure as minister, the Rasrani Park developed under the previous administration had seen plastic trees planted inside.

“What are you trying to confuse the public on? You brought plastic trees to plant in the Rasrani Bageecha. Chinese plastic trees,” said MP Shiyan.

He then went on to comment a racial slur regarding Chinese nationals and their physical appearance, which prompted Speaker Eva to step in and immediately interrupt, by saying that she did not condone any behavior of deliberately attacking a particular race, nationality, or physical features of anyone by parliamentarians.