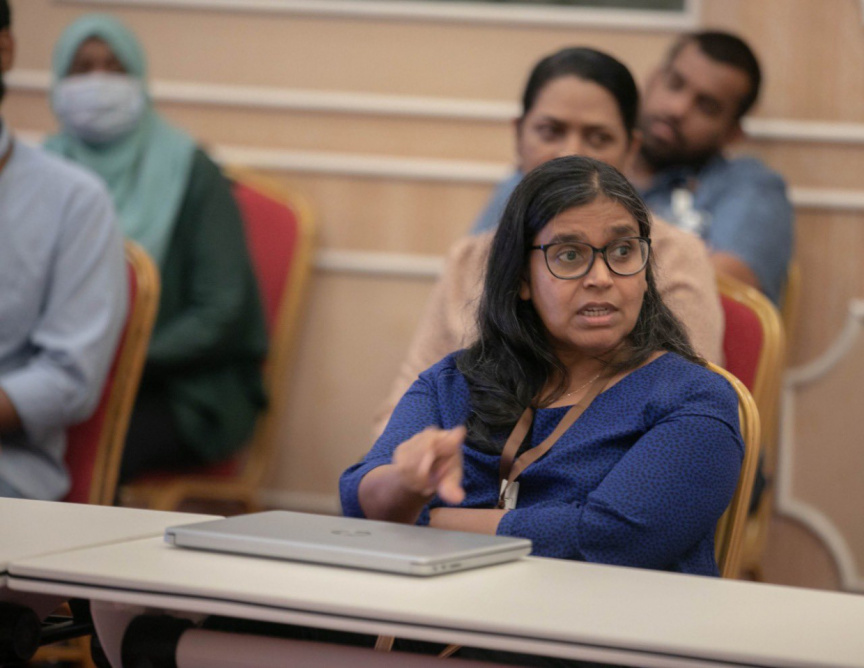 In a press conference underway currently, Health Emergency Operations Center (HEOC) consultant Dr. Sheena Moosa said that the increase in caseload in the Maldives was due to multiple factors including the spread of the new variant.

The Maldives had confirmed a significantly high number of cases since the start of the year with around 2,000 cases confirmed in January alone.

The increase in cases is attributed to the failure to obey guidelines by citizens as well as the spread of the new variant in the nation, said Dr. Sheena.

"HEOC conducted a study. It showed that the new variant is spreading. Around 30 percent, one-third of the infections to people are through this variant." said Dr. Sheena. It is currently unclear which strain of the virus she was referring to.

Dr. Sheena, speaking further also stated that the Maldives was currently at a high-risk level and could not be deemed as safe.

She added that if measures were not imposed correctly the disease could be difficult to control. Information disclosed by Dr. Sheena showed that the R-Value of the virus in the Maldives was now at 5, which means that a carrier was spreading the virus to five more people.

"Based on some countries assessment of the Maldives as a safe country or a risk high country, the Maldives is now at a high-risk level. No longer safe." said the doctor.

She went on to advise people to adhere to safety measures and noted that workplaces in the capital were the main source of exposure.

The increase in cases has led to medical officials describing the nation as facing a third wave of the virus. Authorities in the nation today, rolled out measures against the virus once again.

These measures include closure of colleges and universities and switiching sessions to online means. Parks and public spaces are also closed and all residents across the nation are required to wear masks.

Easements to COVID-19 measures to be introduced soon

COVID-19 death toll in the Maldives rises to 192