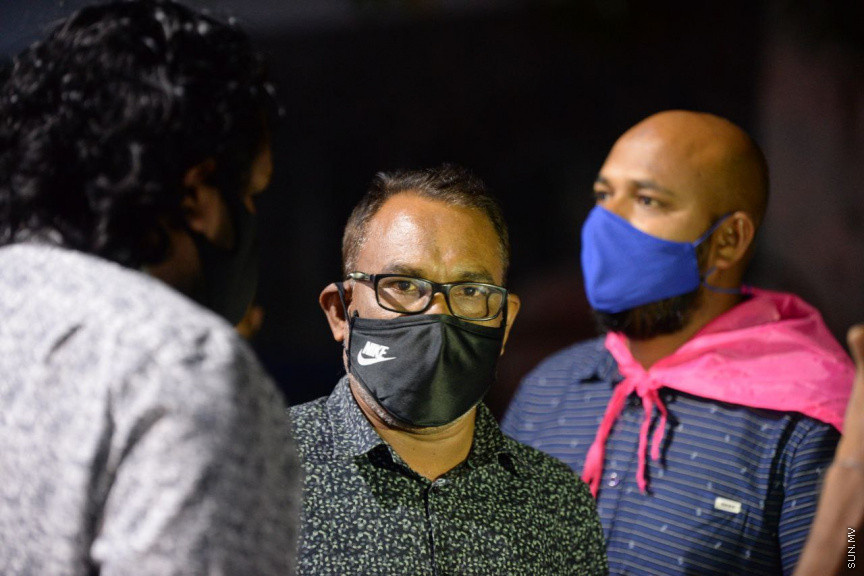 People’s National Congress (PNC) leader Abdul Raheem Abdulla (Adhurey) and deputy leader Ibrahim Shujau – who were arrested from a demonstration staged by the opposition – Progressive Congress Coalition – in Male’ City on Wednesday, have been transferred to Dhoonidhoo Custodial.

The opposition staged the demonstration in front of the Roashanee Building in Sosun Magu – which houses the Health Ministry - demanding authorities to disclose more information regarding the vaccines donated by the Indian government last week.

They demanded that the authorities ascertain that the Covishied vaccine donated by the Indian government – produced by the Serum Institute of India - are safe for use.

Both Adhurey and Shujau were also arrested from a demonstration by the opposition on Monday, but were released a few hours later.

Adhurey and Shujau’s arrest has given rise to allegations against the government of attempts to silence the opposition.