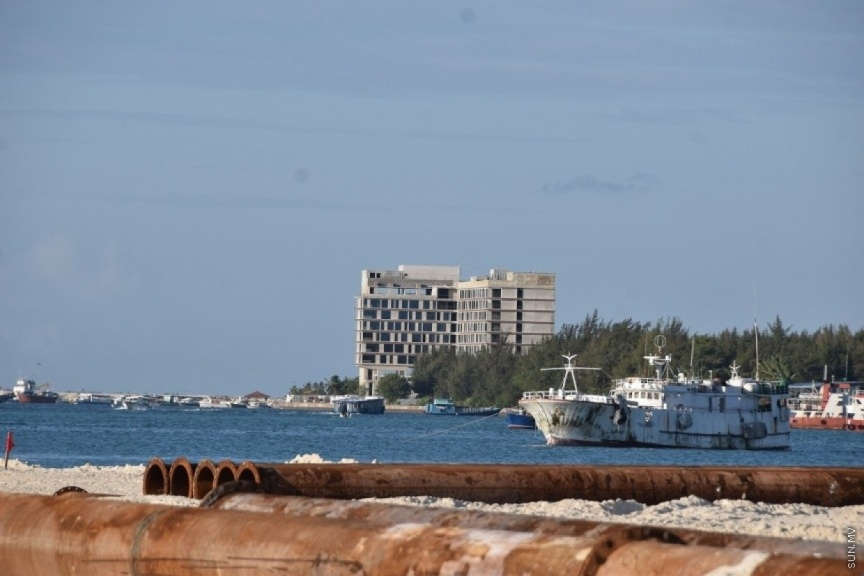 The hotel developed by STO in Hulhumale'. (Sun File Photo)

An announcement has been made to manage and operate the hotel developed by the State Trading Organization (STO) in the first phase of Hulhumale’.

The announcement was for any interested parties to make a proposal since one party had already expressed interest.

Housing Development Corporation (HDC) made the announcement that a party had made an expression of interest in running the hotel and that the announcement was to see if there were any other interested parties.

Interested parties can still make an EOI to the HDC. The hotel was to be run under the Radisson Blu. STO developed the resort which was later announced up for sale.

STO commenced the project for the hotel consisting of 150 rooms in 2011. Work on the hotel planned to be a five star one has been halted for a number of years, despite the completion of the framework.