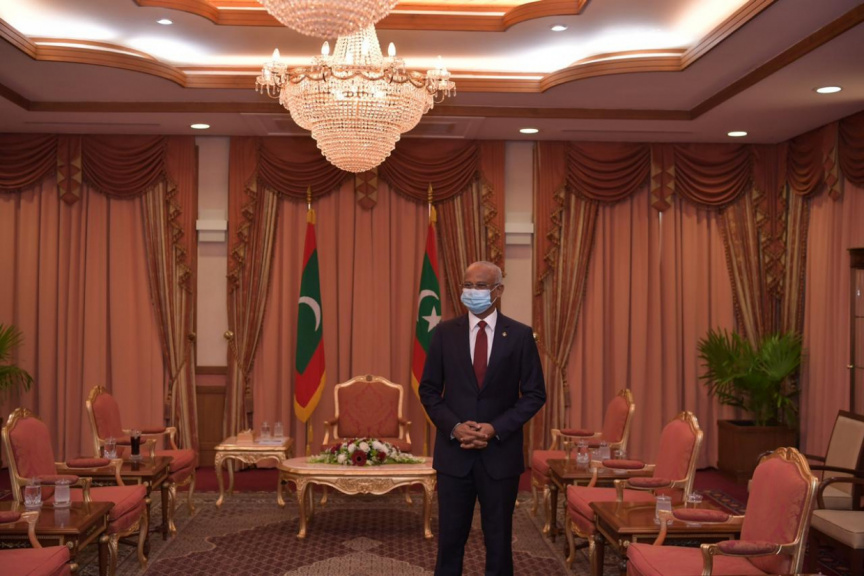 Joe Biden was officially sworn in as the 46th president of the United States yesterday. Biden took the oath of office during a ceremony at the U.S. Capitol. The presidential oath was administered by U.S. Supreme Court Chief Justice John Roberts.

President Solih in a congratulatory tweet said that the Maldives and US are friends and partners, before adding he was looking forward to working with the new president to grow the friendship and further the shared values between the two nations.

President Solih also stated that he was very pleased that President Biden had re-entered the US to the Paris Climate Agreement.

"Climate change requires a unified response from the world community and the US decision to rejoin Paris is a huge win for meaningful global climate change governance." said the President in a separate tweet.

Biden's predecessor Donald Trump withdrew the USA from the climate agreement in 2017, reasoning that the agreement damaged the economy of the USA unfairly.

HEOC: Cost of procuring vaccine will not be disclosed