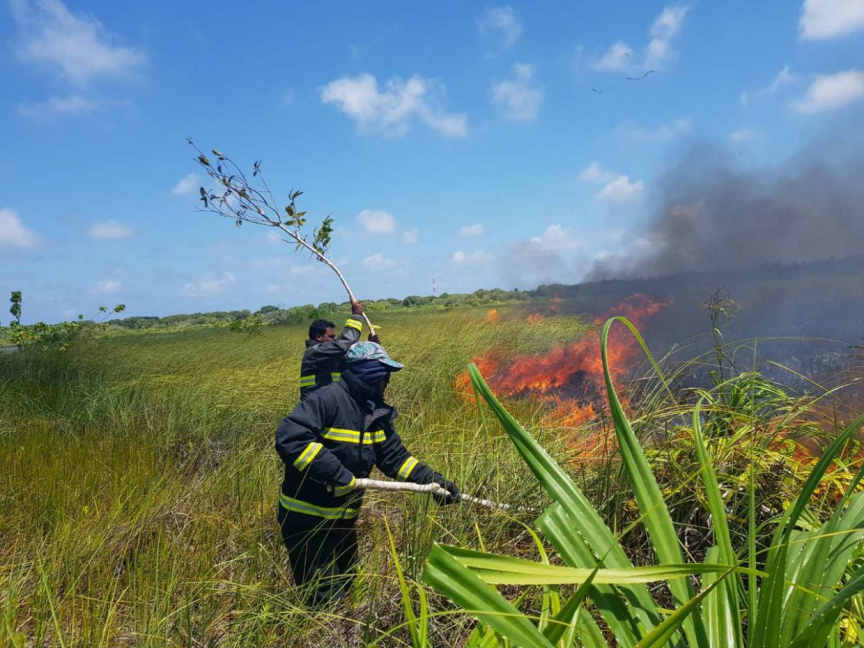 The fire was reported to Maldives National Defense Force (MNDF) at approximately 12:15 on Wednesday afternoon.

A spokesperson from MNDF states the fire is blazing through the vegetation in the area, and that firefighters are at the scene working to contain the fire.

Fuvahmulah Deputy Mayor Mohamed Lirar told Sun that the fire has yet to be contained, and that the source of the fire remains unclear at this point.

MNDF has yet to release details regarding the fire.