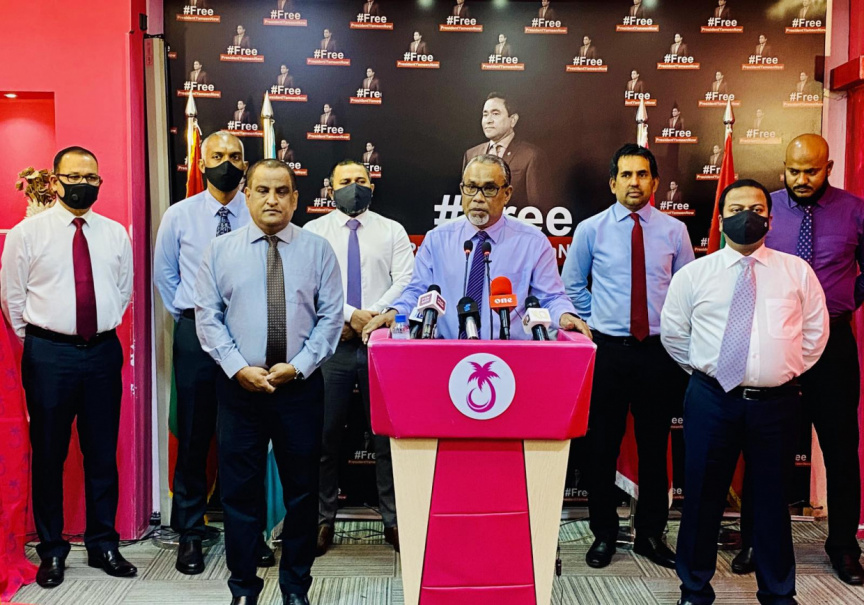 The opposition coalition, composed of Progressive Party of Maldives (PPM) and People’s National Congress (PNC), has announced the decision to file a petition with the High Court, alleging lack of equal opportunities to campaign for the upcoming local council elections.

Heena Waleed, the spokesperson for the main opposition party – PPM, confirms the decision to file the petition.

She said that the petition will be filed with the High Court sometime this Monday.

The opposition coalition is scheduled to hold a press conference to release details regarding the petition at 11:00 am.

The decision to file a petition with the High Court follows statements of concern by the opposition regarding campaign opportunities for the delayed elections on numerous occasions. They had also warned they intended to file a petition f a resolution to the issue cannot be found outside the courts.

The opposition’s concerns stem from the opportunity for government officials to travel to islands to campaign for the elections, with opposition politicians remain bound by travel restrictions imposed in light of the COVID-19 pandemic.

Elections Commission has announced it is working on holding the elections on April 4, but has yet to finalize a date. The commission needs to have revisions to the Special Provisions Act on Local Council Elections 2020 passed through in order to hold the elections.