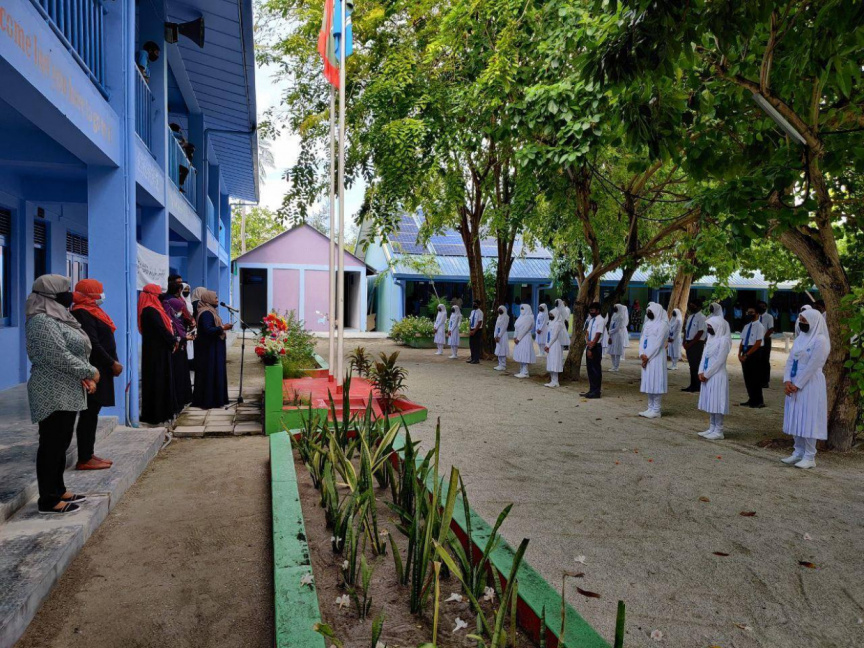 A student at G. A. Dhaandhoo School and another at the G. A. Atoll Education Center in G. A. Vilingili have tested positive for COVID-19, prompting authorities to close both schools.

A nine-year-old, an 18-year-old girl and a 20-year-old woman from Dhaandhoo who had contact with travelers from G. A. Dhevvadhoo - which is experiencing a community spread – were confirmed to have tested positive for COVID-19 this Thursday.

The 18-year-old girl – a 12th grader at the G. A. Atoll Education Center – was confirmed to have tested positive after she had already travelled to Vilingili to attend school.

G. A. Atoll Education Center’s Principal Thamheed Thuthu confirms the school has been closed down at the instructions of the Education Ministry following the positive case.

Thamheed said the student in question attended school on Sunday, and that while she has 14 classmates, the classes at the school were held with protective measures as instructed by Education Ministry.

“We noticed when she came to school on Sunday that she had the flu. She was sent back home and hadn’t returned since,” said Thamheed.

He said the G. A. Atoll Education Center has a student population of over 600.

The nine-year-old who tested positive in Dhaandhoo is a third grader and had regularly attended school when schools reopened for the second term earlier this week.

Dhaandhoo School’s Principal Faheema Ahmed confirms the school has been closed down following the positive case.

“We informed the ministry as soon as we came to know about it, and they instructed for the school to be temporarily closed until contact tracing is complete and until HPA instructs otherwise,” said Faheema.

Faheema said the class the student belongs to is attended by 22 students, and the schools has 256 students in total.

Health Emergency Operations Center confirms all three cases confirmed from Dhaandhoo and Vilingili this Thursday are linked with the Dhevvadhoo cluster.

The first case in Dhevvadhoo was identified on December 24, and random sampling soon after led to the discovery of a community outbreak in the island. With the 24 cases in Dhevvadhoo and a rising number of linked cases in other islands, confirmed cases in the cluster are now above 30.