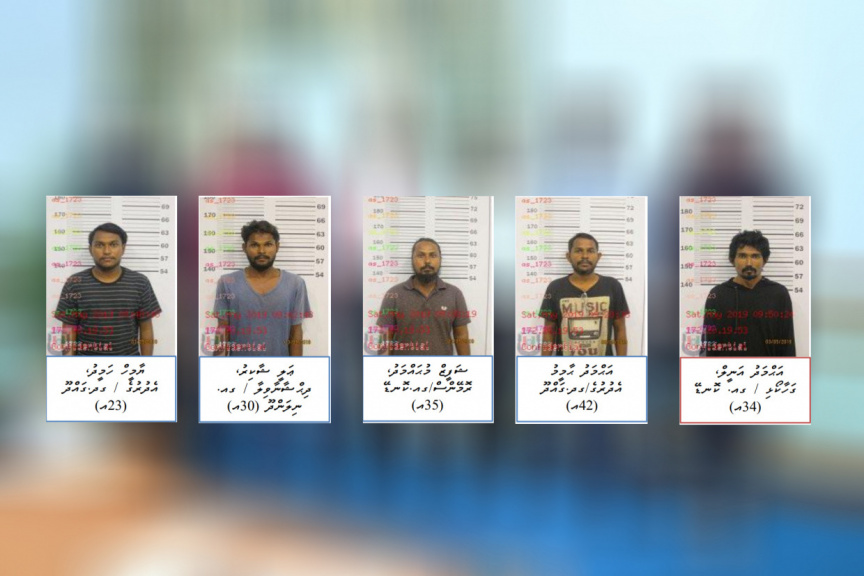 G. Dh. Gadhdhoo Court has dismissed the charges against five suspects charged in connection to over 149 kilos of drugs found buried in Hulhuvaarulu, an uninhabited island in G. Dh. Atoll, back in 2019.

The drugs were seized on April 29, 2029, the culmination of a 72-hour-long multi departmental police operation, in which the police said they tracked the drugs from the point it entered Maldivian waters on board a foreign ship to its transfer to a speedboat and to its transport on a dinghy to an uninhabited island where it was buried.

Charges were pressed against five suspects in connection to the case. They are:

The Prosecutor General’s Office had originally filed the charges against the five suspects with the Criminal Court. However, the case was dismissed from the court during pretrial hearings citing the charges need to be filed with a court in the region where the crime took place.

The Prosecutor General’s Office did not contest the decision with the High Court, and later filed the charges with the Gadhdhoo Court.

Sun has been informed Gadhdhoo Court dismissed the charges this Sunday, citing that the charges were filed after the legally mandated time frame for submitting charges had lapsed.

The court also stated in its decision that the charges were pressed by making arrests after entering two private properties without a court order, and based on evidence collection illegally during the detention.

The court also said that given that the case had been previously dismissed by the Criminal Court, the case cannot be lodged with the Gadhdhoo Court before finding a remedy after lodging an appeal with the High Court.

The drugs found in Hulhuvaarulu include opiates and cannabis. The opiates weighed 96.36 kilos and the cannabis weighed 47.27 without the packing.

The street value of the drugs is estimated to be above MVR 260 million.

No drugs were found in either the speedboat or dinghy used to transport the drugs. The police said the drugs were found buried in Hulhuvaarulu based on information provided by the suspects during interrogation.