Over 50 percent of elderly in Male’ suffer from depression 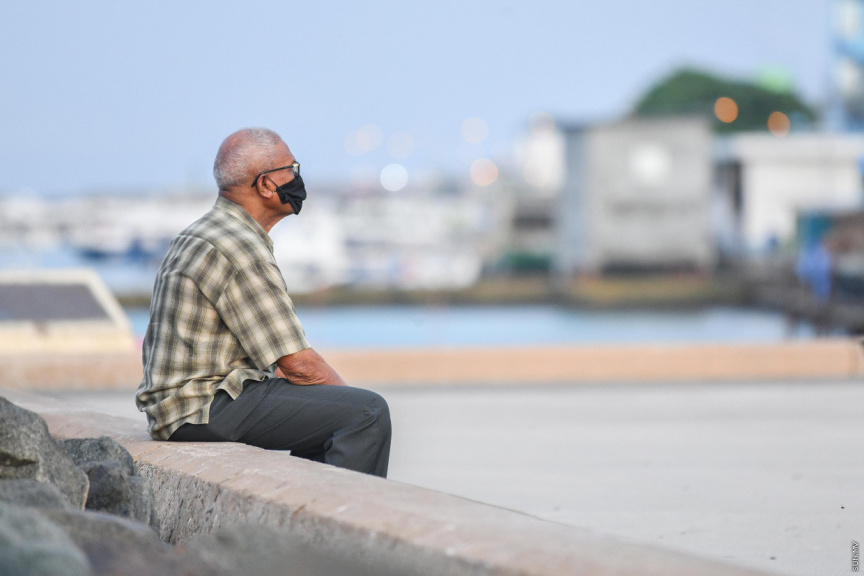 An elderly man wears a mask as he sits in a harbor area in Male' City on June 9, 2020. (Sun Photo/Fayaz Moosa)

A study conducted by Maldives National University (MNU) shows over 50 percent of the elderly who reside in Male’ City, the capital of Maldives, suffer from depression.

The findings of the study, conducted by questioning 312 participants between the ages of 65-75 years, have been published by Maldives National Journal of Research.

The study, Wellbeing of Elderly Living in Male’ City, Maldives: Prevalence and Relationship between Sociability, Loneliness and Depression, was conducted by researched from MNU and Villa College.

91 of them showed signs of severe depression.

Meanwhile, 64 percent of the participants were shown to be maintaining social relations, while 55.4 percent were found to be suffering from loneliness.

Therefore, the findings of the study show more than half of the elderly in Male’ suffer from loneliness and depression.

The study also establishes the link between depression, loneliness and sociability, and underscores the importance of taking it into account and establishing social mechanisms to support the elderly.

The study states that the participants for the study were selected from Male’ because people from all regions of the Maldives reside in the city. Statistics released by the National Bureau of Statistics in 2018 shows 2,572 people above the age of 65 years reside in Male’, 1,605 of whom are between the ages of 65-75 years.