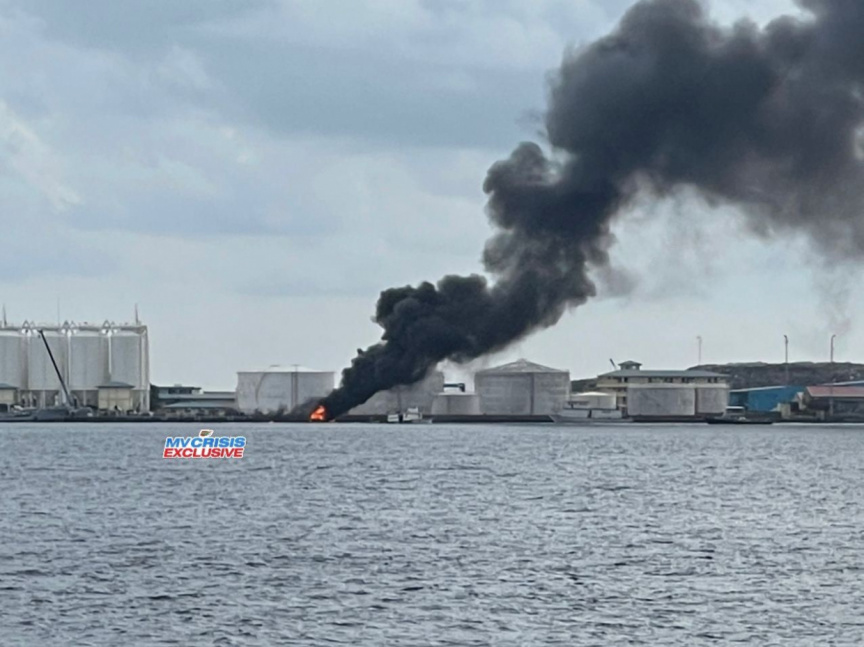 A fire broke out on a vessel in Thilafushi harbor on December 24, 2020. (Photo/Mvcrisis)

A fire has broken out on vessels docked at K. Thilafushi harbor.

Maldives National Defense Force (MNDF) Fire and Rescue Services are working to contain the blaze right now. Video of the incident is now going viral on social media and shows a vessel caught on fire.

MNDF Information Officer Major Ibrahim Azim said that the incident was reported around 16:30 in the evening. An individual who suffered burn injuries due to the incident was also being transported to Male' City for medical care, according to MNDF.

Update: The fire broke out and spread to two vessels inside the harbor. MNDF specified that the fire was caused during the fueling of one of the vessels. The vessel was then cut loose and later drifted out to sea. MNDF controlled the fire around 17:37.