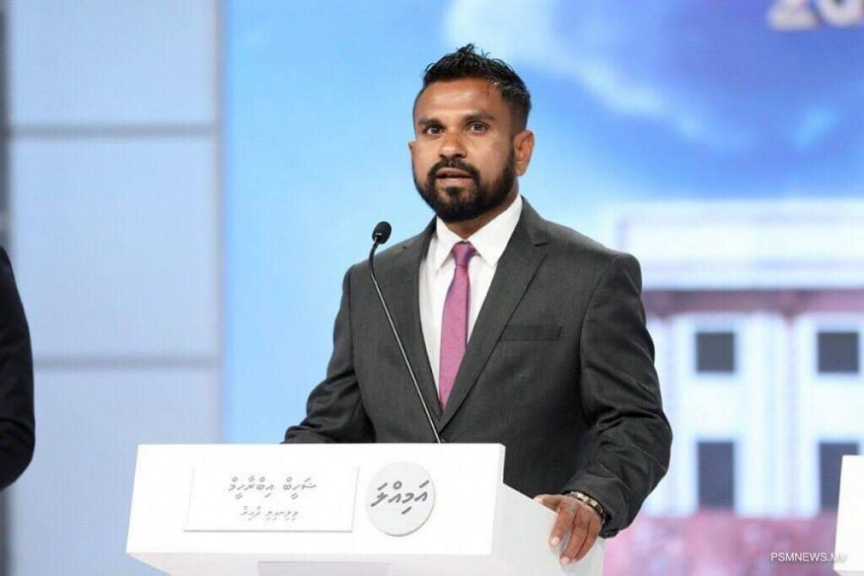 Shaheeb Ibrahim from Lighthouse, G. A. Villingili, a PNC council member who was arrested in a massive 130 kg drug bust in Hulhumale' on October 12, 2020.

Shaheeb Ibrahim from Lighthouse, G. A. Villingili, the alleged kingpin of a major drug network in the Maldives arrested recently, has been charged with three major offenses which could see a sentence of 75 years if convicted.

Sources have stated that the Prosecutor General’s Office forwarded the charges to the Criminal Court yesterday.

Shaheeb was charged with trafficking diamorphine, trafficking drugs, and transporting drugs into the Maldives, all of which carry a maximum sentence of 25 years each with hefty fines between MVR 100,000 and MVR 10 million.

PG Office alleges that Shaheeb is a kingpin of a major drug network of the south. He is linked with the drug bust of 130 kgs on a fishing vessel near Hulhumale’ recently.

He is currently detained under court order due to possible witness tampering and danger to society. Shaheeb was a council member of the main opposition political party PPM and even served as a senior official of the Housing Ministry during the administration of President Yameen.