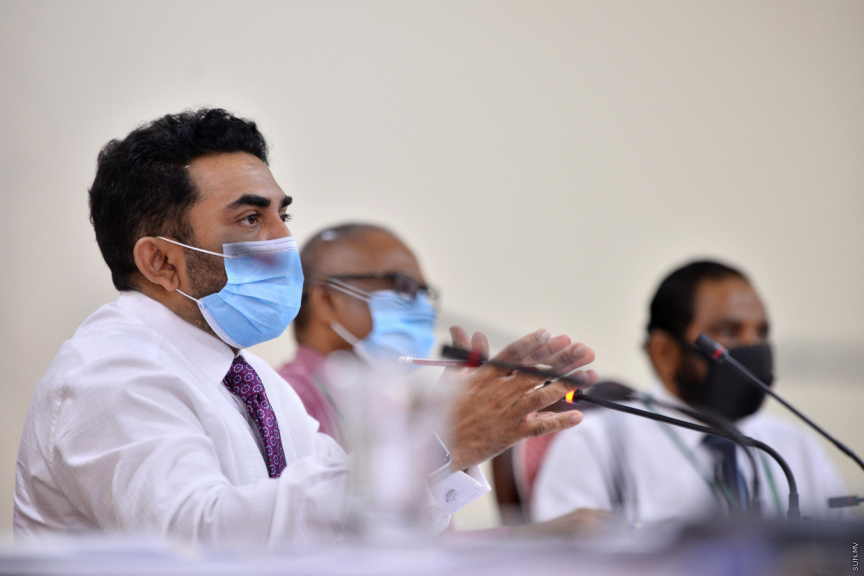 The Parliament’s Ethics Committee has found that the former Health Minister Abdulla Ameen purposefully misled the parliament regarding the ventilator scandal.

The ventilator scandal case stems from the Health Ministry operations to procure ventilators from three companies, including Dubai based Executors General Trading, to increase the capacity of the Maldivian healthcare system regarding COVID-19. An Auditor General report had found multiple accounts of misconduct and possible efforts to mislead by several senior Health Ministry including Ameen, back when he served as the Minister.

Ameen has previously denied that he purposefully misled the parliament regarding the operations, however, the Speaker of the Parliament instructed the Parliamentary Committee to look into the matter due to contradictions in the version of events by Minister Ameen in the parliament and the findings of the Auditor-General Report.

The Committee report into the matter read that there were no contradictions between the answers provided by the Health Ministry in response to a letter by MP for South Mahchangoalhi Ahmed Haitham to obtain information on April 28, 2020, and the statements by Ameen in the parliament on October 20.

However, the report noted that there were contradictions between the statements by Minister Ameen in the parliament and the findings of the Auditor-General Report.

The report read that despite Ameen stating that official communications between the Health Ministry and the WHO had been conducted regarding the work to procure ventilators, and the presentation of an email for the purpose, it could not be determined that the email proved communications between a Ministry employee or a linked party.

The Committee unanimously found that Ameen had purposefully misled the parliament which was an ethics violation. The report is to be discussed in the parliament session scheduled for today.

Ameen had stated that official communications had been conducted with WHO regarding the procurement of ventilators and that Executors General Trading was a company recommended by the WHO, a statement the Audit Report did not corroborate based on findings.

The Anti-Corruption Commission which had investigated the case had requested charges to be brought forth in the case, only for the PG to decide against doing so due to a lack of evidence sufficient for a conviction.