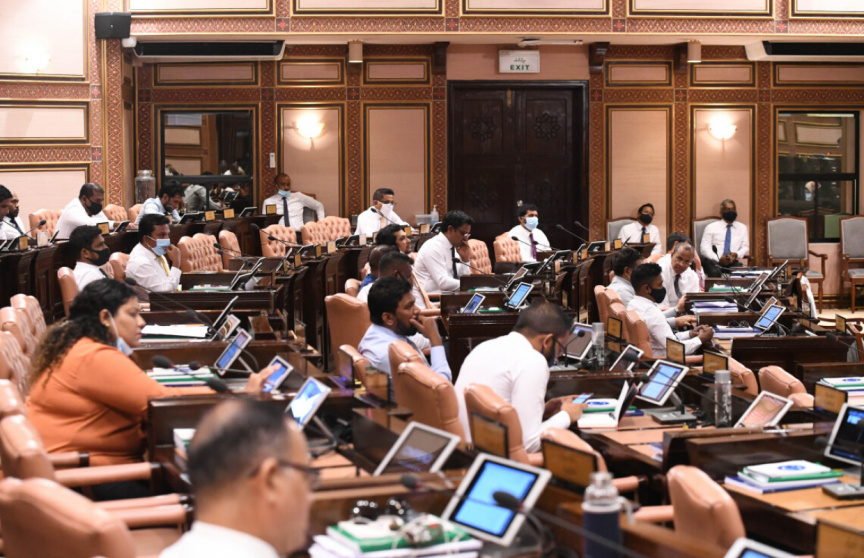 The parliamentary has rejected amendments to the law which would have allowed protests in the capital Male’ City without the obtainment of prior permissions.

The report on the amendments will now be sent back to the Committee on National Security and Foreign Relations which formed the report.

Some changes were proposed to the report by MP for Mahchangoalhi Ahmed Haitham today before the vote. He proposed permitting the authorities could stop a protest under a court order if it violates the law and to bar any protests within 100-feet of the residence of the President.

Amendments barring protests within 300-feet of the Vice President’s residence was also proposed. Resort employees could also protest in silence at accommodation areas of the resort, under the amendments. Many MPs expressed concern over the proposed amendments even as they were heard on the floor.

A total of 25 parliamentarians voted to reject these amendments while 56 MPs voted to send it back to the Committee.

During the former administration, the laws related to protests were amended so that protests can be held without obtaining prior permission only in areas designated by the Home Ministry. The Home Ministry designated the Carnival area of the capital for this.