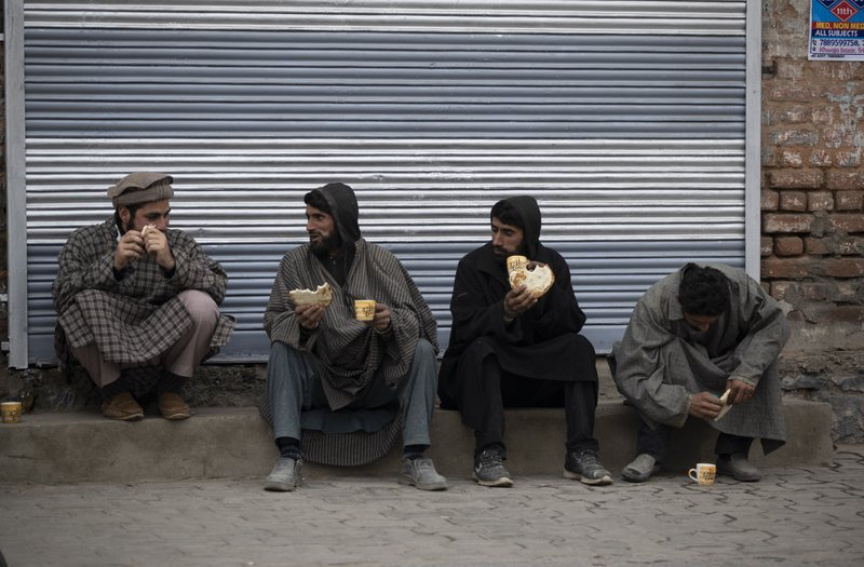 SRINAGAR, India (AP) — One Indian soldier was killed and another was wounded Saturday by Pakistani shelling along the highly militarized frontier dividing Kashmir between the two rivals, the Indian army said.

Indian army spokesperson Lt. Col. Devender Anand accused Pakistani troops of firing mortar rounds and other weapons along the Line of Control in southern Rajouri district. He called it “an unprovoked violation” of a 2003 cease-fire accord and said Indian troops retaliated.

Pakistan did not immediately comment. In the past, each side has accused the other of starting border skirmishes in the disputed Himalayan region, which is divided between the two countries but claimed by both in its entirety.

The attack comes a week after nine civilians and six soldiers were killed as Indian and Pakistani soldiers exchanged artillery fire by targeting each other’s positions and villages at multiple locations along the de facto border. The fatalities were some of the highest reported in recent years in a single day.

Meanwhile, India on Saturday summoned a Pakistani diplomat in New Delhi to protest what it says is Islamabad’s sponsoring of militants who carry out attacks on India, the country’s external affairs ministry said in a statement.

The diplomat was summoned after Indian troops killed four suspected militants in a gunbattle in Indian-controlled Kashmir on Thursday and claimed to have recovered of “huge cache of arms, ammunition and explosives.”

“A major terror attack was foiled by Indian security forces,” the ministry said, adding that the recovery of the arms “indicates detailed planning for a major attack” to destabilize “peace and security” in the region.

The neighbors have fought two of their three wars over Kashmir. India calls Kashmir militancy Pakistan-sponsored terrorism. Pakistan denies the charge, and most Kashmiris call it a legitimate freedom struggle.

Rebels have been fighting against Indian rule since 1989. Tens of thousands of civilians, rebels and government forces have been killed in the conflict.

Tensions soared in February 2019 when a suicide bombing killed 40 Indian paramilitary soldiers in the Indian-controlled part of Kashmir, and India retaliated with airstrikes inside Pakistani territory. Pakistan shot down one of the warplanes in Kashmir and captured a pilot who was quickly released. India said the strikes targeted Pakistan-based militants responsible for the suicide bombing.

Relations have been further strained since August last year when India revoked the Muslim-majority region’s decades-old semi-autonomous status, touching off anger on both sides of the frontier.