Cargo operations between Addu, Huvadhu and Tuticorin to commence 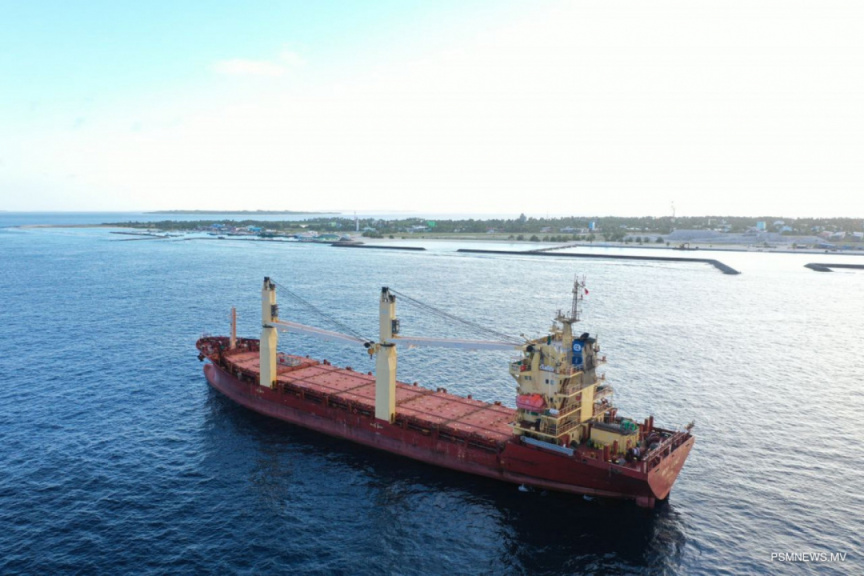 The President was speaking in the ceremony for the opening of Hoarafushi Airport yesterday when he made the remarks. The cargo operations from Tuticorin will be conducted to Huvadhu Atoll and Addu Atoll in the south.

The operations are part of the series of such operations between Maldives and India including the operations commenced between Kochi, India, and Kulhudhuffushi city in northern Maldives.

The President stressed that the import of cargo directly to different atolls was a very important part of the decentralization policy of the government. President Solih added that ease of transport was very much connected with the development of the particular region. He described the Kulhudhuffushi-Kochi operations as extremely important to decentralizing business.

“The STO shipping company will commence direct operations between Tuticorin and Addu as well as Huvadhu in the next two weeks, just as that.” Said President Solih.

Cargo operations between Maldives and India were commenced only in September. The first shipment of the cargo consisted of cement and other materials. The cargo boat operations involve unloading in Kulhudhuffushi and then traveling to port in Male’ City, the capital, whereby it will then return to India. Each trip takes a total of 10 days. A boat of the Shipping Corporation of India named “MCP” is used for the operations.

Union urges State to intervene as traders are extorted