Ambassador: China ready to help Maldives in time of need 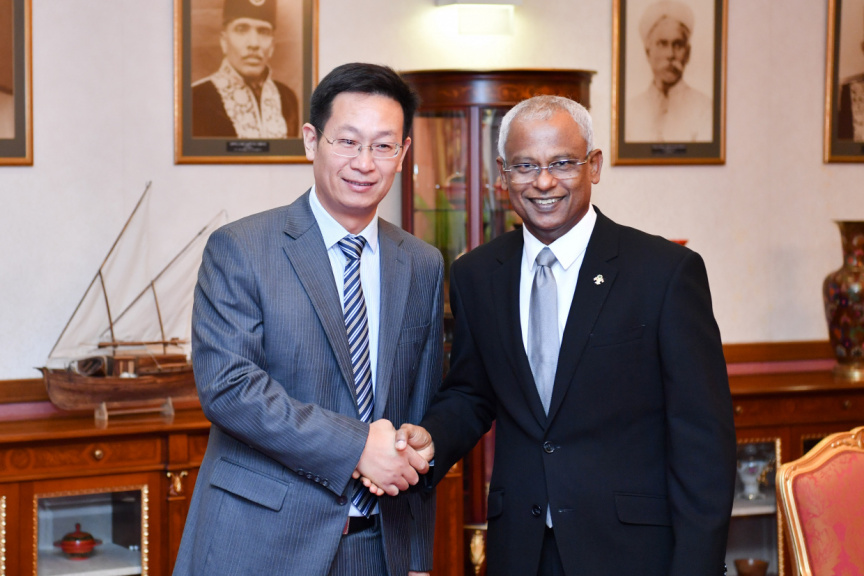 The Ambassador was tweeting regarding the deferment of loans obtained by the Maldives from China for various infrastructure projects.

Ambassador Lizhong said that “China is always ready to offer its helping hand to the Maldives for a strengthened partnership and shared future.”

The Maldives has obtained an estimated USD 1.5 billion from China as loans. This includes USD 600 million obtained by the Maldivian government alone. The figure is also inclusive of loans taken by various Maldivian companies.

2/2 A friend in need is a friend indeed. China is always ready to offer its helping hand to Maldives for a strengthened partnership and shared future.

Ambassador Lizhong said that he had held discussions with Maldivian Foreign Minister Abdulla Shahid regarding the loan repayments and that the Minister had thanked China for the arrangements made to defer the loans.

A number of infrastructure development projects including the Sinamale’ bridge have been carried out by the Maldives with the aid of China.

The Finance Ministry of the Maldives has previously said that the interest rate of Chinese loans was two percent with a grace period of five years. The repayment period is set for 20 years.

83 candidates drop out of Council Elections