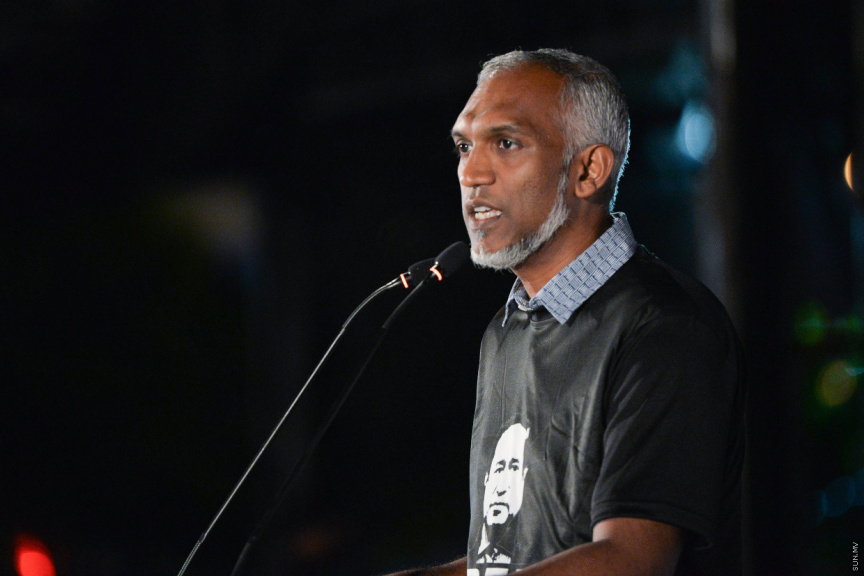 Muizzu, who served as Housing Minister during former President Abdulla Yameen Abdul Gayoom’s administration, tweeted on Tuesday morning that the government has proposed introducing a congestion charge in the proposed state budget for 2021, as a new source of revenue.

“It has been proposed on the budget to take money out of the pockets of Male’ residents under the name of “congestion charge” as a source of generating revenue,” said Muizzu.

“Failure to solve traffic and parking issues is no reason to further burden, impoverish and weaken the people!”

Explaining the reason for the new congestion charge, the government stated in the budget that the greater Male’ region is heavily populated and has high vehicular traffic, resulting in difficulties to the people due to congestion.

The government has proposed imposing the congestion charge on all vehicles registered in the greater Male’ region, and projects the state will generate MVR 36.6 million in congestion charge and parking fee in 2021.

The government also said that having vehicular traffic at overcapacity results in greater road maintenance costs, and shortage of parking space.

The government said it expects the new charge to help reduce vehicles in the greater Male’ region.

According to the budget, the congestion charge will be levied at the same rate as annual vehicle fee.

Mayor calls for extension on loan moratorium for Male'