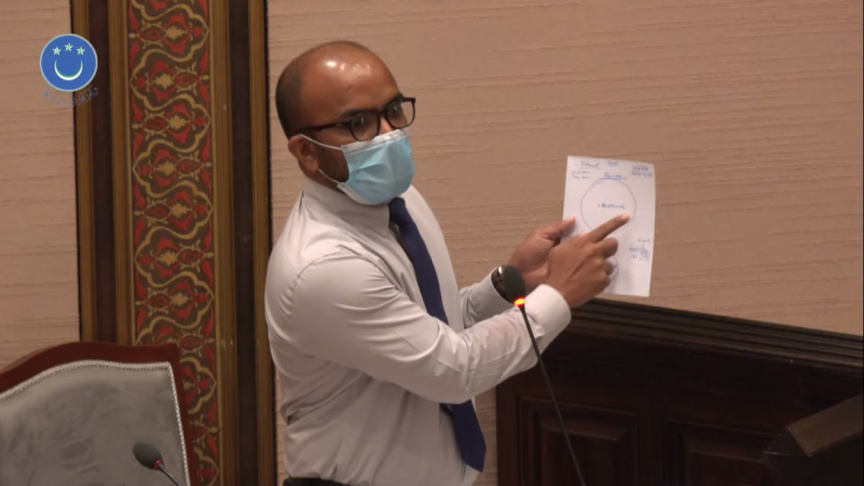 Finance Minister Ibrahim Ameer has said that the country can only recover and get back to where it was before the pandemic through increased expenditure for which funds needed to be obtained as debt.

In today’s parliamentary sitting, Minister Ameer said that the major focus of the estimated budget for next year was to overcome the current economic difficulties and returning back to where the nation was post-COVID-19.

“In December 2019, the Maldivian economy stood at MVR 85 billion. In November 2020, we are seeing the reality that that economy is at MVR 54 billion.” Said the Minister.

Some lawmakers have expressed concern over the increased expenditure which is almost twice the amount of projected revenue.

The Minister responded to this by saying that if the budget was reduced in this manner, the nation would remain at a stalemate in the position where it is now.

What was included in the budget were necessary projects to overcome the current situation and this was the time to take loans to widen the economy, said the Minister.

“For the work to get back the economy before, we have to widen the economy, by obtaining funds for debt and prioritizing what we obtain. There is no revenue we can get without widening the economy.” Said the Minister.

The projected budget for next year stands at MVR 34.7 billion with an estimated revenue of MVR 17.7 billion. Expenditure is calculated at MVR 33.2 billion. The entire budget has a total deficit of MVR 15.50 billion.