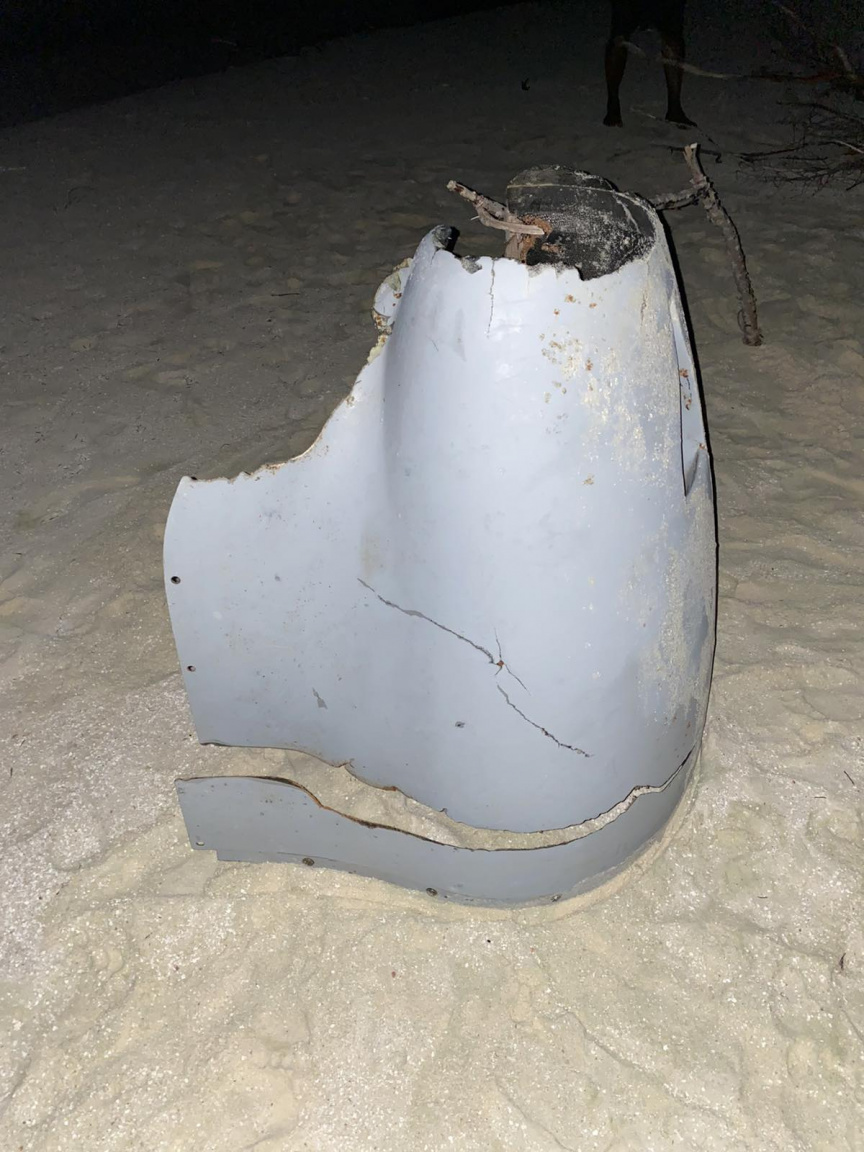 A part of what seems to be the engine of a small aircraft were discovered by a group of people on trip in A. Dh. Atoll last month.

Those who found the part said that they found it as it was drifting at sea near A. Dh. Alikoi, close to A. Dh Hangnaameedho. The group from A. Dh. Mahibadhoo were on a trip when they discovered the part and brought it on to shore later on.

Photos received by Sun of the part make it seem as if it the engine of a small aircraft. The engine part seems to be damaged and had wordings in English written on it.

“We found it drifting at sea. It was around October 30, in the evening. When we were at the island for a trip.” Said the individuals who found the part.

Mahibadhoo Council Vice President Qasim Sihaan said that they had indeed received such a report. No further details were provided by the council yet.