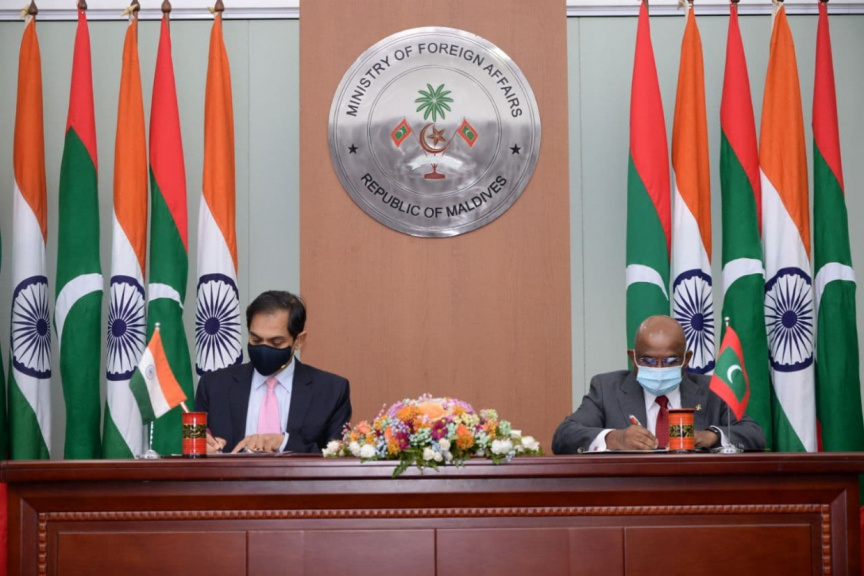 The MoU for the grant aid of USD 100 million by India to the Maldives for the Greater Male' Connectivity bridge project was signed today.

India's Foreign Secretary Harsh Vardhan Shringla, who is in the Maldives on an official visit, was also in attendance at the ceremony.

The bridge project will be the biggest infrastructure development project ever to be run in the Maldives. It is being funded by a loan of USD 400 million from India's Exim Bank.

The bridge will see the already connected Hulhumale', Hulhule, and Male' City fully connected by land with Vilimale', Gulhifalhu, and Thilafushi.

Afcons submit own survey report on reef damage to EPA

'Will adhere to EPA’s instructions on Vilimale’ reef'